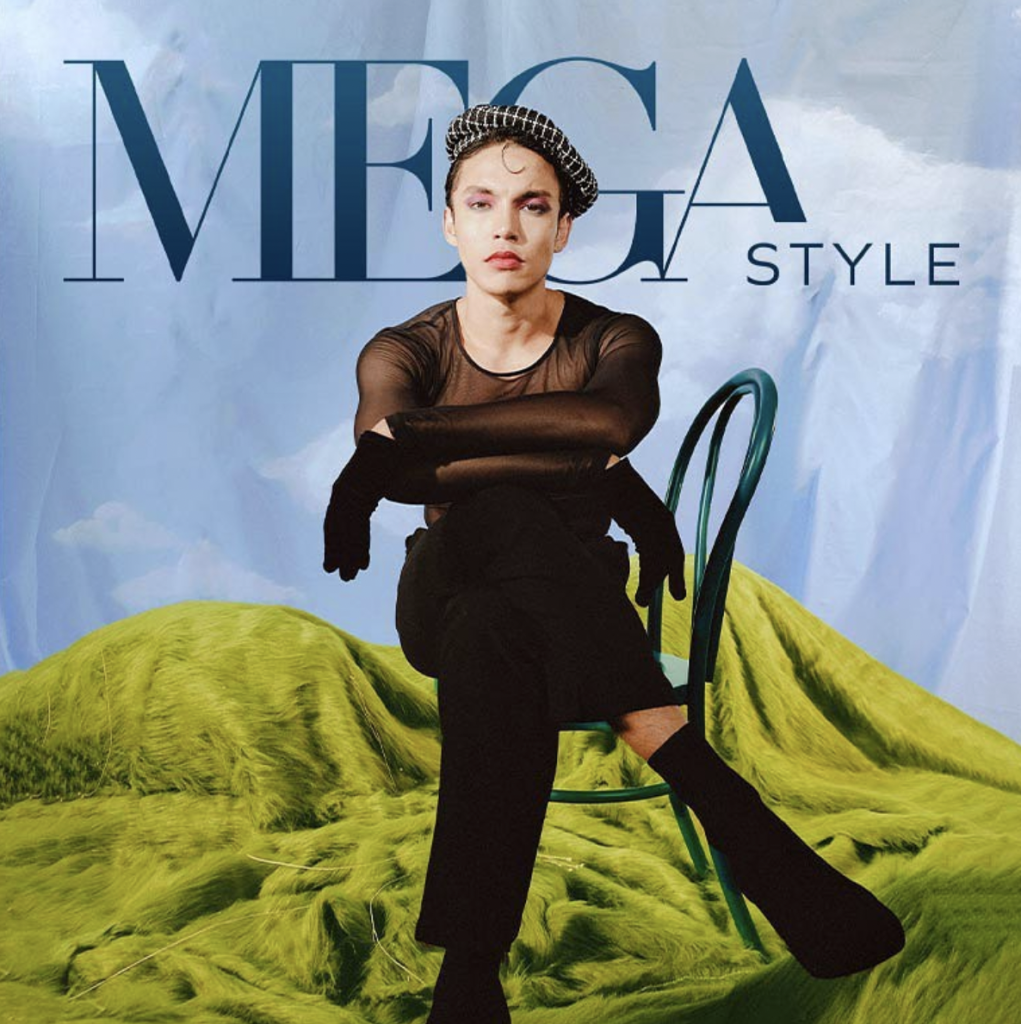 Actor and Former MYX VJ Alex Diaz is continuing to step into his own and is opening doors for anyone who might have felt the way he felt before he was forced to come out in 2019. The courage and pride he has built over the last two years have not only opened up opportunities for him but have also touched and inspired many people. His truth has helped people realize that it's ok to be themselves and that when they are ready, they can step out and begin to live their authentic lives.

"I always say this, but I just felt like I have been holding my breath for like 25 years and then what happened? Yeah, minus the bad stuff, but it felt like I was finally, like, exhaling."

This month Alex and the creatives over at MEGAStyle help blur the lines between masculine and feminine through a genderless fashion shoot for their September 2021 cover. In the article, Alex can be seen mixing "mega masculine and ultra-feminine" to create these powerful visuals that helped bring his story written by Entertainment Journalist G3 San Diego to life.

In the article, Alex also dropped a big exclusive mentioning that he was cast to star in his first international movie titled "Glitter and Doom," playing Glitter.

"it is about a musician who wears a charisma’s camouflage and a carefree kid about to run away with the circus, they fall in love at first sight, but they only have a month to be with each other. It’s a fantastical summer romance told through the iconic music of the Indigo Girls. It’s super exciting and the music is actually being created by Michelle Chamuel, a finalist for The Voice Season 4, so the music sounds amazing,”"

It looks like Alex is set to stay busy as he dives into his new role. We can't wait to see what the near future holds for Alex. To keep up to date with him, make sure to follow him on all of his socials and check out MEGAstyle for more exclusive looks into his story and cover shoot.

James Alexander Diaz McDermott is a Scottish-Filipino multi-talented online and TV personality. He is a singer, host, actor, dancer, model, indoor cycling instructor, and an in-demand endorser and online influencer.

ACTING CAREER
In 2013, he went on to play different roles for shows like Got 2 Believe, Pangako Sa’ Yo and another Wattpad-derived movie, Just the Way You Are. Darker and more complex roles then came for Alexander in the form of villainous and challenging characters for drama anthology Ipaglaban Mo, which groomed him to take on a role in a coming-of-age drama series, Bagito, playing a vice-ridden teen in a relationship with a young mom. He was also part of the successful Philippine Indie film ‘Dagsin’. Not long after, he stepped into the world of music television with a stint as video jock of MYX Philippines, which seemed like a natural progression of his stint as radio jock years prior.

MUSIC CAREER
Skipping from ballad to breezy RnB-vibe sound, Alexander Diaz, sang his heart out through heart-mending lyrics about love and nostalgia. His acoustic-ballad debut off from Cornerstone Music ‘Dulo’ is a bitter-sweet glance on unrequited love. Followed by the RnB-inspired ‘Hide Away’— Alexander is really up to something great with the unique mixture of genres and styles.