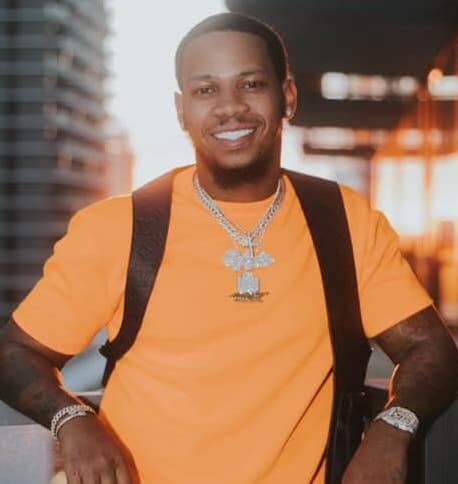 Vedo is Bringing Classic R&B Back

R&B is definitely not dead. Singer and Youtuber, Vedo is giving us the R&B sound we've been missing for a while now. Vedo was a contestant on The Voice Season 4 under Team Usher. Usher baby! Although he made it to the Top 12, he was eventually eliminated. That didn't stop him from using the momentum from the show to start releasing music. Vedo sits down with Dannieboi for a MYXclusive where he talks about his start on Youtube doing covers to releasing his own music, and the response he's been getting from the Philippines on You Got It.

Vedo never imagined this is where he'd be in at this stage of his career. "It's such a gratifying feeling to know that the music you have in your heart is impacting other people." He tells us more about his early beginnings and where he plans to take his music next.

2. He learned more about the kind of artist he wanted to be while on The Voice
While on Team Usher, he was able to perform in front of over 15 million people. He got to meet the other coaches like Blake Shelton and Adam Levine. Although Vedo enjoyed his time there, it wasn't the big break he thought it would be. When the time to move on from The Voice came, he took all he learned to become independent artist.

3. Vedo's covers started getting recognition from WordStarHipHop that helped him gain a wider audience
Using the momentum from the show, Vedo had a following but he also started making it to WorldStarHipHop. "I started putting out covers in music and the next thing you know, people started sharing it." He shared about going from 10,000 to 30,000 real quick. Now he has 815k subscribers on his channel.

4. You Got It is a track to show support and celebrate women
In the industry or in general, Vedo realizes the lack of support from other genres of music. You Got It was a way for him to celebrate women and help motivate them in a "man's world." He was ultimately inspired by his girlfriend to write the song. People relate to stories in songs that they've experienced personally in life.

5. Vedo draws inspiration to write music just by meeting other people and hearing their stories
He says he's a people person and can spend a few hours at a proper bar just talking with others. "I'm the type of guy to go to the bar is it at the bar to 3 hours man that talks between different people." Vedo hears from different walks of life and agrees that experience is the best teacher. When you take the time to listen, he learns how others overcame their obstacles and hardships.

6. He encourages people to run after their dreams until it happens
His track has been on the charts in the Philippines for a year and it's not going anywhere. Vedo's piece of advice consists of whatever you strive to do, don't stop until it's achieved. Don't walk but run towards a dream, it's not going to just come. Certain opportunities only come once in a lifetime and it could never be the right time, but get out there and take it.

Vedo looks forward to the day when he can visit the Philippines and return the love. Besides continuing his music, he's looking to venture into different areas of the industry like acting and promotions. For now, he has an album on the way and expect to see more of him on-screen.

Vedo grew up in Benton Harbor, Michigan and discovered his talent for singing at age 9. He is now based out in Atlanta and began his career performing at open mic nights. Vedo joined The Voice Season 4 in 2013. His musical style is similar to the smooth R&B sound of his The Voice coach, Usher.

After his Top 12 finish, he signed with indie label Platinum Power Moves and recorded his debut LP, 93. It saw release in 2015. The following year, Vedo issued the State of Mind EP before releasing his second full-length, From Now On, in 2017. He returned with another album in 2019 that featured the popular streaming track "Let's Get Married." Vedo's fourth album, For You, has the charting hit, "You Got It."