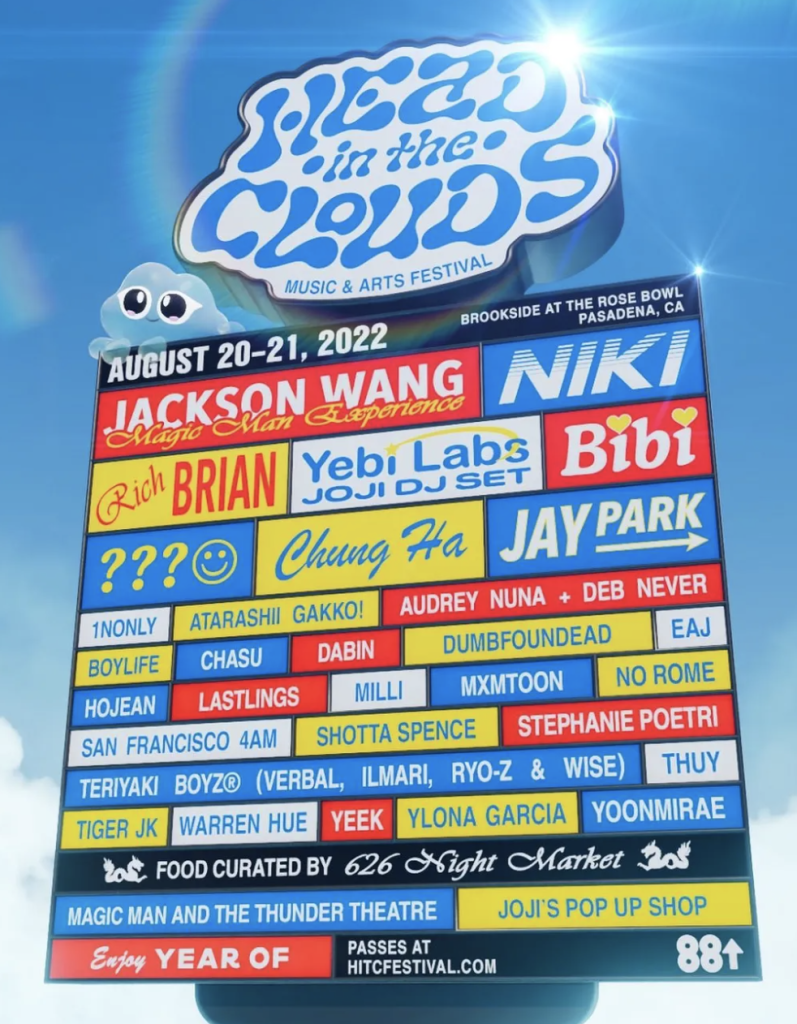 Ylona, Yeek, and No Rome Set to Perform at Head in the Clouds

Mark your calendars because 88Rising's Head in the Clouds is coming in hot this summer. The annual music festival features musical artists across the Asian diaspora including some of your favorite Filipino artists. Part of this year's newly announced lineup are Fil-Aussie Ylona Garcia, Fil-Am Yeek, and London-based Filipino No Rome. The event is set to take the stage in Pasadena, California at Brookside at the Rose Bowl on August 20th - 21st.

Register now at LA.HITCFESTIVAL.COM for first access to 2-DAY passes and presale begins Thursday, May 26 at 12pm PT.

Ylona Garcia: the Filipino-Australian actress, singer, songwriter began her career in entertainment at 13-years old. She currently is working on new tunes to showcase a different side of her musical journey and take her music global.

Yeek: the New Jersey born and Florida raised Fil-Am is an early adopter of the "genre-bending" space and breaking through as a DIY musician. He's a creative in every sense dabbling in music, film, fashion, and art.

No Rome: Born in Manila and now based in London began making music at a young age. His name is an ode for his laid-back electronic pop songs. Now signed with Dirty Hit Records also home to beabadoobee and The 1975, No Rome has collaborated with The 1975, Charlie XCX, and released his debut album It's All Smiles.