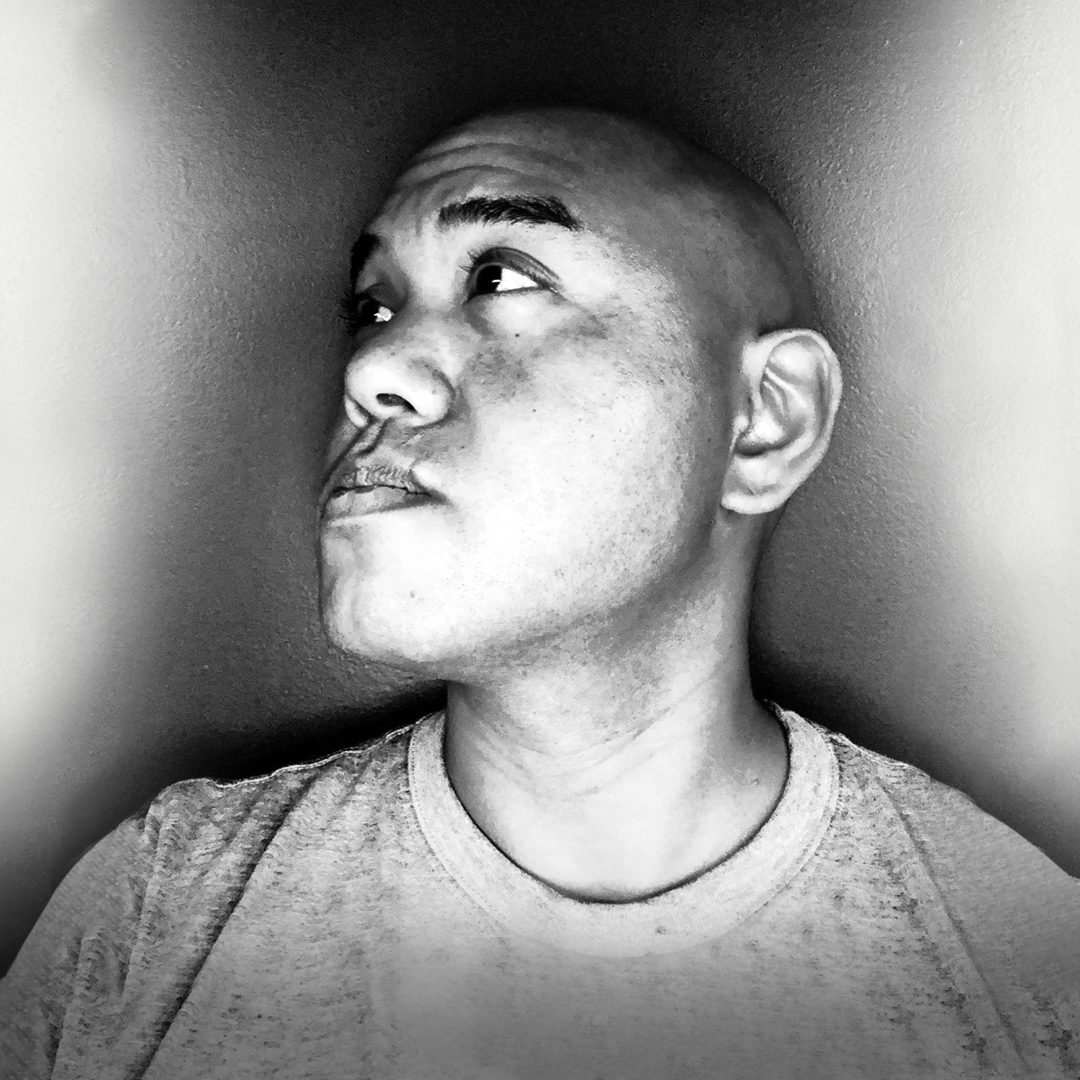 Chicago, Illinois, USA
Alvin Ease is a DJ / Producer hailing from the South suburbs of Chicago with over 28 years of experience. The definition of Ease is to move carefully or gradually with absence of difficulty or effort, which is exactly what Alvin Ease does in his mixing. His sound is eclectic, ranging from Hip-hop, R&B, Funk, Soul, Latin, Disco, House Music and everything in between. He has shared the stage with top DJ acts such as The Magnificent DJ Jazzy Jeff, Paul Johnson, Ron Caroll, Diz, Mark Farina, JT Donaldson, Hatiras, Mark Grant, Andre Harris, Local Options, FLX, Greg Norwood, Jay Funk, DJ D::Double, Cathy Frey and many others. Alvin Ease continues to create and spin music that is timeless, turning on his crowd to new music while bringing them back with the past. He keeps a soulful, infectious vibe and groove with his eclectic sound, always inviting the crowd on the dancefloor and keeping them there wanting more. Catch him in the mix on House Brew here on MYX.
LEARN MORE Manila, Philippines
DJ Adrian Legarda is a Manila based DJ and an alumni of Beat Project Manila who
plays multi-genre live sets from the 90s-2000s up to today's current EDM, Top 40
& Hip Hop Tracks. From being a guitarist of a rock band, he further advanced into focusing his music career as a solo DJ since 2014. He has been rocking the dance floor to some of the well-known bars, clubs, and other nightlife spots around Metro Manila. While playing his DJ sets, he always make sure what the crowd wants and also what is required on certain events. Catch him in the mix on MYXOLOGY and Club MYX here on MYX.
LEARN MORE Stockton, California, USA
Hailing from Stockton, CA also known as lil Manila! DJ EKSPOE has been DJing
since the late 90s and has been booked up and down the west coast, from San
Diego, Las Vegas, Bay Area, Stockton, Lake Tahoe, Vancouver as well as rockin'
TradeMark in Cebu! Ekspoe started out as a mobile DJ, then transitioned into the Bay Area club scene, while still doing weddings, and then eventually landing a weekly radio show the 5 o'clock traffic mix at his local radio station. Ekspoe has opened up for multiple artists like P Lo , Too short, Zion I, souls of Mischief, Bad boy bill, LMFAO, Common, YG, & Goapele. Recently, Ekspoe has a weekly party in Downtown Stockton and also mixes in the morning on Twitch 8am - 9am Tuesdays and Thursdays. The show is called The Morning Shift. Catch him in the mix on MYXOLOGY and Club MYX here on MYX.
LEARN MORE 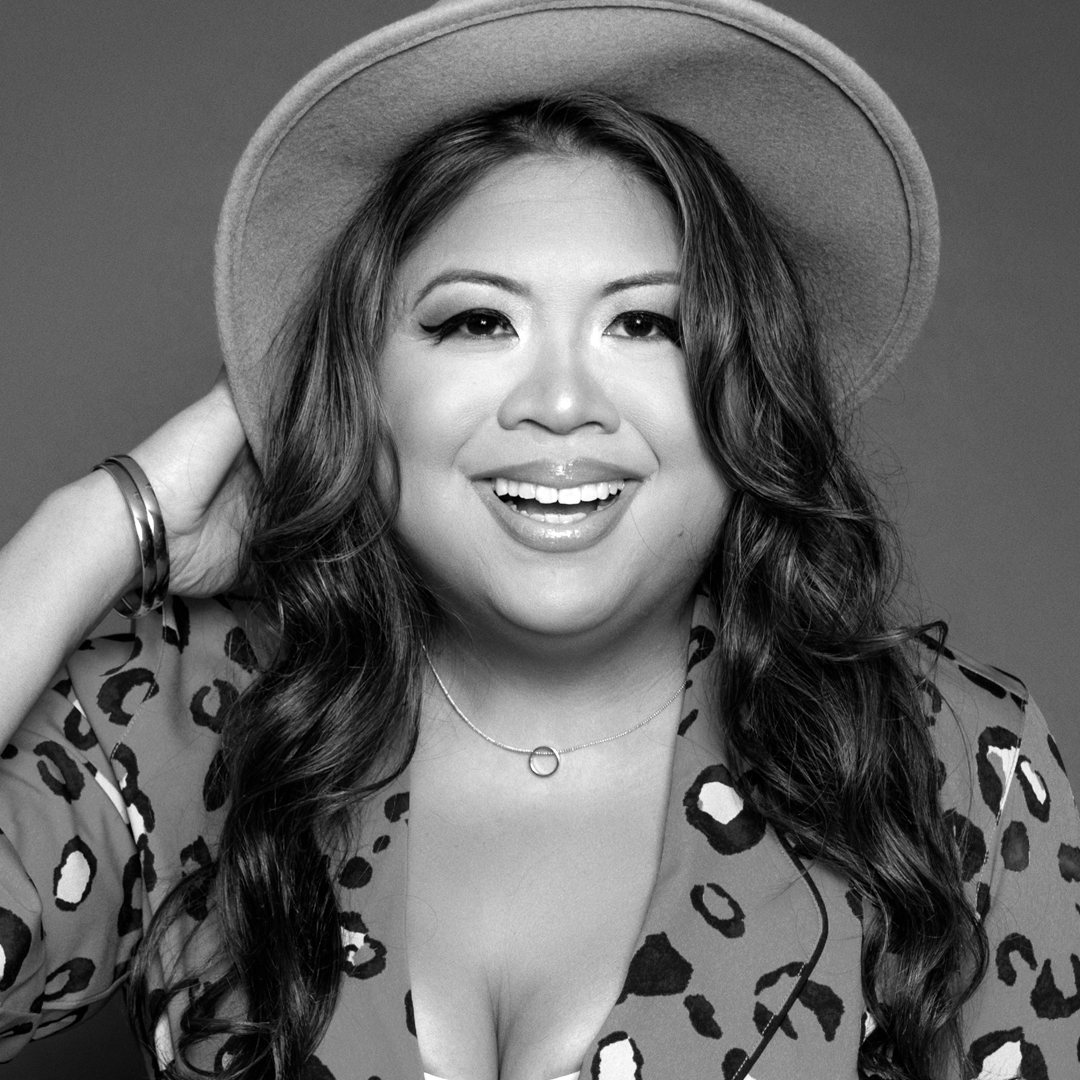 Los Angeles, California, USA
DJ Dazzler is a Los Angeles based DJ specializing in unique nightlife experiences
and elevated brand and corporate events. She can be heard DJing for highly
revered brands including Louis Vuitton, Nike, adidas, Mastercard - to name a few -
in addition to performing for Jason Derulo, Wolfgang Puck, Jon Bon Jovi, Gabrielle
Union and more to highly revered brands and more. Some of the notable venues
Dazzler can be found soundtracking include Trademark Cebu Philippines, Absolut
Elyx House, The Recording Academy GRAMMY Museum, Dolby Theatre and Angel
Stadium, home of the Los Angeles Angels. With her eclectic taste in music,
Dazzler has been known to be a multi-faceted DJ and MC who goes against the
grain by introducing and re-introducing sounds that excite the crowd. Most
recently, Dazzler was a part of the Disney+ tour for the #TheStoriesContinue campaign bringing awareness of the streaming platform throughout the West Coast as well as DJing for NASCAR's Southern California races. Whether it’s a hit from the past, a Top 40 song or a tune you’ve never heard before, one thing is certain-- DJ Dazzler will take you on a musical expedition. Catch her in the mix on MYXOLOGY and Club MYX here on MYX.
LEARN MORE Riyadh, Saudi Arabia / Manila, Philippines
JERIICHA started her DJ career in 2019. Since then, her growth has been
continuous. She's played at festivals, special events, clubs in different countries,
livestreams, and has joined competitions representing the Philippines/Saudi
Arabia. Her playlist mostly include R&B, Hiphop, House, and Top40 mixes. Catch her in the mix on MYXOLOGY and Club MYX here on MYX.
LEARN MORE Jersey City, New Jersey, USA
Lovelisa Dizon, better known in the music industry as LUV, is a Filipina-American DJ, curator, event producer and community organizer born, raised and currently living amidst the New York Metropolitan and Tri-State area, in Jersey City. She is known to "rock a crowd" but better yet, work behind the scenes to organize cultural and fundraising events within her community. With music ranging from everything between afrobeats and R&B, and from reggae, dancehall and soca to club, house and dance music, she brings deep passion, healing and diverse sounds to her audiences through her DJ sets and event curation. She continues to be a force in the music industry world wide, recently opening for DJ and record producer Sango, the legendary Grammy nominated producer and DJ, A-Trak, and DJ'ing comedy tours with Michelle Wolf and Ilana Glazer & Saturday Night Live after parties with Dave Chapelle. Notably, she made her debut on Boiler Room in 2019, representing the sounds of Jersey Club and Dance music. Aside from DJ'ing, LUV enjoys other hobbies and passions like traveling, outdoor activities such as snowboarding & hiking, practicing yoga, amateur photography, cooking, quality time with her family and Godchildren, and above all cycling, serving as a regional ambassador to Liv Cycling USA, a women's cycling brand. Catch her in the mix on MYXOLOGY and Club MYX here on MYX.
LEARN MORE New York City, New York, USA
With unique skills and the ability to read any crowd, DJ Majestik has traveled to
play elite clubs around the globe, touring cities that include New York, Manila,
Berlin, Montreal, Shanghai, Warsaw and more. His numerous accomplishments in
the music industry have earned him recognition among artists all over, working
with the likes of Selena Gomez, Halsey, Sean Paul, and many more. Besides being one of the select talents to be both a mix show DJ and host in top US radio markets, Majestik has also performed at concerts with artists that include Pitbull, Enrique Iglesias, and others. DJ Majestikʼs mixes can be heard weekly on Sirius XM satellite radio as a featured mixer on ‘Globalization,' and on nationally syndicated terrestrial radio with the Shoboy Show. Majestik also serves as MYX Radio's Program Director; his shows will be featured weekly on the world renowned platform. Catch him in the mix on MYXOLOGY and Club MYX here on MYX.
LEARN MORE San Diego, California, USA
DJ Marlino also known as the "Fivefoota Funk" is the Head of Operations for MYX and the founder/host of Heavy Rotation, the first and only global podcast and music TV show for Filipino Hip Hop and R&B. He's a veteran DJ with over 30 years experience of doing clubs and private parties, 2 DJ mixing titles, and over 11 years of radio experience on stations like Wild 107/94.9FM in the San Francisco Bay Area, Z90.3 FM San Diego, Wild 106.1FM in San Luis Obispo, along with various guest DJ appearances around the world. He is known for his music programming, blends and party rockin' quick mixes that keep audiences captivated and yearning for more. Throughout his career in the music industry, he's had the opportunity to interview major artists like Snoop Dog, Alicia Keys, Common, Queen Latifah and more, and now devotes his career to cultivating and putting the spotlight on Filipino artists worldwide. Aside from music DJ Marlino is also an entrepreneur, brand strategist and consultant, and speaker. Catch him in the mix on MYXOLOGY, Club MYX, and House Brew here on MYX.
LEARN MORE Toronto, CAN / Manila, PH
Dubbed as "The OG of Philippines' Female DJ Scene", "The Metro's Hottest Female DJ" and part of FHM Philippines' 100 Sexiest Women, DJ Nina has had a vibrant DJ career which spans 10 years. She's opened for various artists, spun at the biggest music festivals, and performed for more than a hundred corporate events across the Philippines. Her versatility has made her the most in demand DJ in the country. The pandemic has changed the way people celebrate. DJ Nina has transitioned and quickly adapted to this New Normal by performing online at Virtual Parties across different social media and video streaming platforms. Catch her in the mix on MYXOLOGY and Club MYX here on MYX.
LEARN MORE 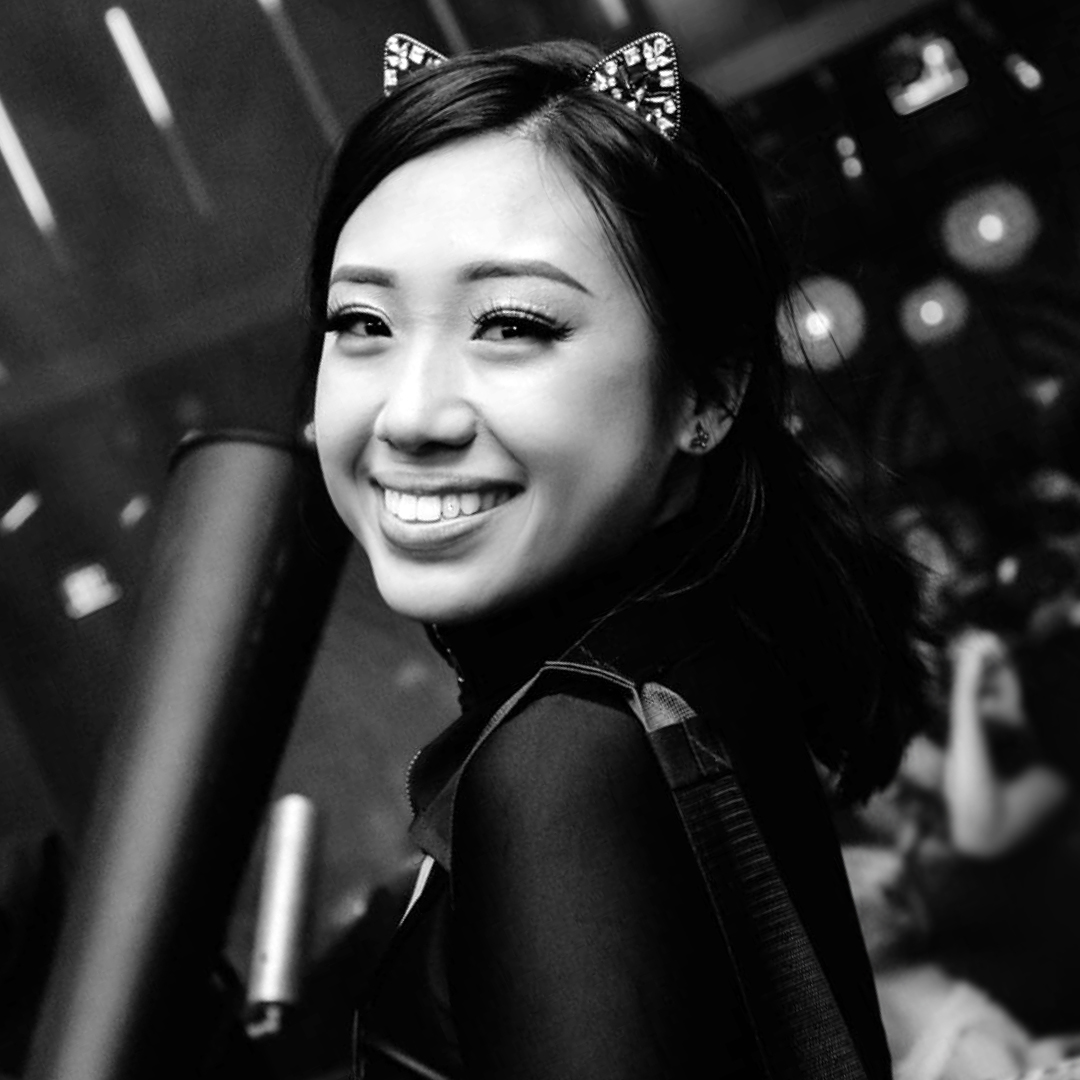 Los Angeles, California, USA
DJ Seduza is a Southern California native whose staple cat ears and playful aura are sure to satisfy your listening pleasure from Hip Hop and R&B to a wide range of EDM, Future Bass, Trap, Jersey Club, and House music. Her credits include opening up for names like Laidback Luke, YG, Kim Lee, Valentino Khan, and 4B and performances at the hottest clubs in LA/OC, including starting her own event Isoulation. Catch her in the mix on MYXOLOGY and Club MYX here on MYX.
LEARN MORE Manila, Philippines
Therese Garcia is one of the most sought after female DJs in the country today. She has made a remarkable impression amongst the clubs and party crowds playing a wide range of genres, from tech house to electro to Hip Hop and R&B. She has played in several Asian cities and has headlined for clubs and festivals all over the Philippines. Her status in the nightlife scene has prompted promoters to invite her to open for international acts such as Sasha Grew, Basskleph, Timmy Trumpet and more, playing various cities and countries. Not only will you find her in the clubs, but you can also hear her on the airwaves as one of the pioneering radio jocks of 87.5 FM1. She is also the co-founder of an environmental conservation group - Mermaid Missions, that cleans up the ocean one reef at a time. No matter where she's playing, expect to hear the best. Catch her in the mix on House Brew here on MYX.
LEARN MORE