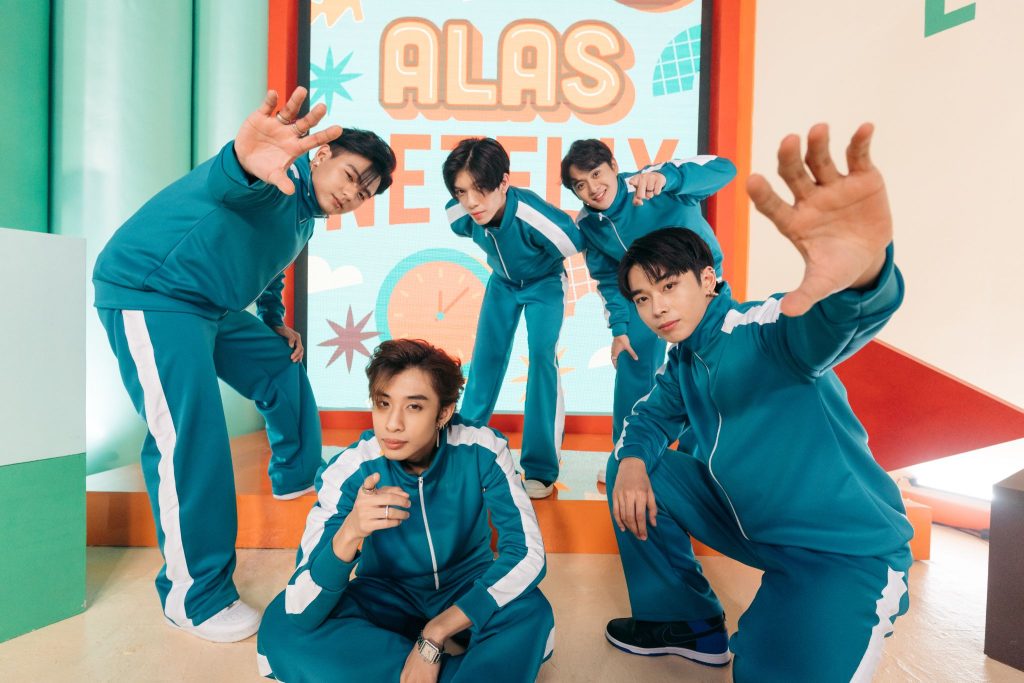 Ever wanted a catch up with friends on your favorite films, shows, music or entertainment in general? Netflix Philippines has you covered with their newest web series, Alas where fans can celebrate their beloved Netflix titles with their favorite barkadas. The show is hosted by besties, Jaz Reyes and Pipay where they're joined by celebrity barkadas in K-variety show-inspired games to see who's the biggest Netflix fan.

Alas will test teamwork and friendship, but also Netflix knowledge. The series is out with its very first celebrity barkada challenger - P-Pop royalty, BGYO featuring Gelo, Akira, JL, Mikki, and Nate. The pilot episode shows the beloved Aces of P-Pop breeze through their very first challenge. Note: Their performance will definitely BLOW you away. Exciting prizes (or hilarious penalties) await the contenders at the end of every episode.

Cheer on your favorites as they battle it out to determine if they have what it takes to emerge victorious from the exciting challenges that Netflix has in store. Watch weekly episodes of Alas Netflix every Tuesday at 7:00 PM only on Netflix Philippines’ Youtube channel.