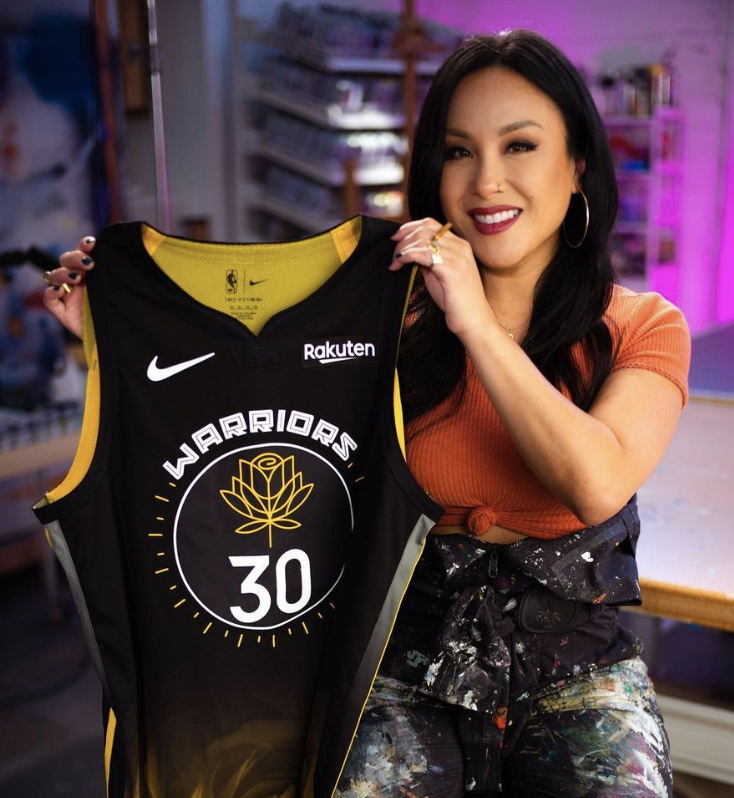 The NBA just dropped brand new city edition jerseys for all teams and the Golden State Warriors had theirs designed by Fil-Am graffiti artist, Allison Human. The Oakland native was honored to be asked to design this year's women's suffrage-themed edition. Excited is an understatement for the artist as she checks this off as one of the coolest things she's ever done. "This is arguably the biggest thing I've ever done," Hueman says. "I have butterflies every time I think about it."

The result is among the most radical jerseys in NBA history, centered around a photorealistic yellow-gold rose -- one of the symbols of the women's suffrage movement -- that stretches from just under the center logo to the bottom edge of the jersey. ESPN also reported that the team in "conjunction with the jersey launch, the Warriors and the sponsor, Rakuten are donating $25,000 to the Women's Sports Foundation."

According to her socials, each aspect of the jersey represents both the city and women empowerment: