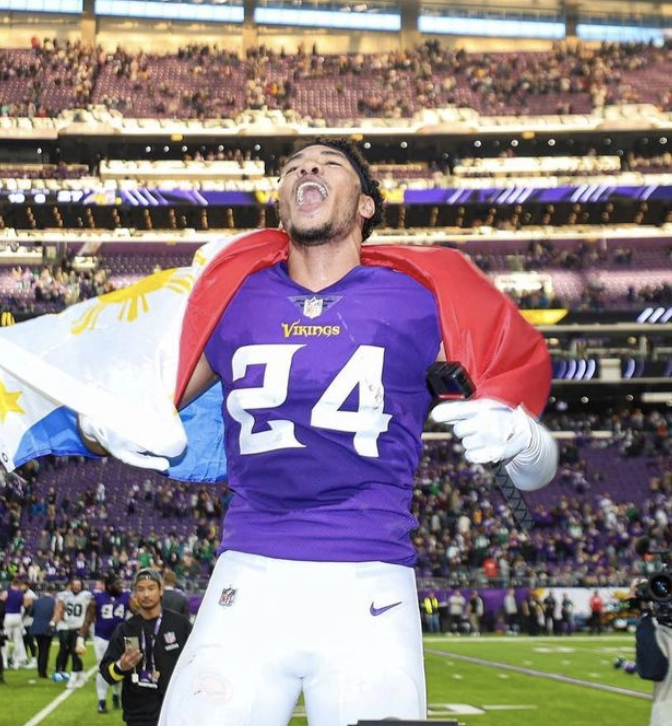 The Minnesota Vikings won against the New York Jets in a recent game and safety, Cam Bynum stood in front of U.S. Bank Stadium with a Philippines flag draped over his shoulders. The Fil-Am NFL player has been representing his roots proudly in the locker room, on the field, and even as part of his team uniform.

He part takes in the My Cause My Cleats campaign, an initiative where NFL players wear customized cleats to support an organization of their choice. Bynum chose Keys to Freedom Ministries which helps support victims of the recent typhoon that struck the Philippines.

To raise that awareness, Bynum played a top notch game where he finished with a game-ending interception, a pass deflection, and tackles on the field. He had a huge reason to celebrate with not only his team winning, but also having a game marked as one for the books.