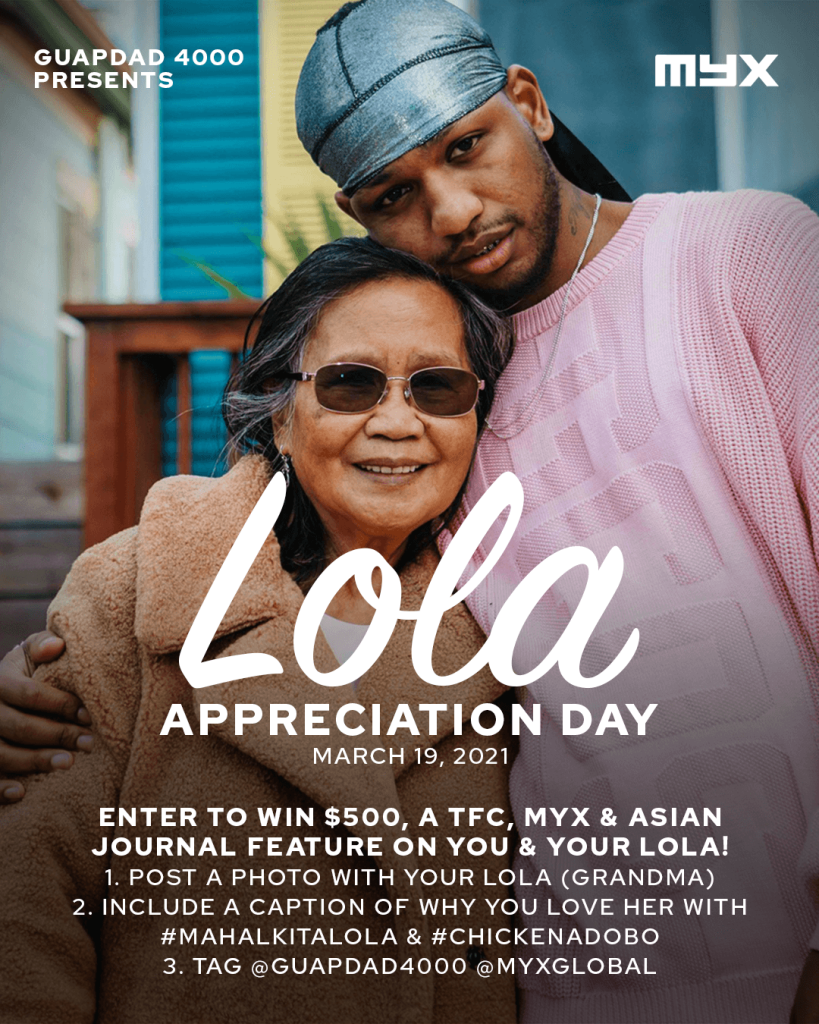 @guapdad4000 x @illmindproducer announce 3/19 “1176” album release date with singles “How Many,” "She Wanna" ft. P-Lo and “Chicken Adobo” coming out on Lola Appreciation Day. Guapdad 4000 created the day to give flowers to our ancestors & those that paved the way for our success. “1176” is introspective album of growing up in Oakland being raised by his Lola. (Grandma).

He teamed up with MYX to announce the new annual date where people all over the world can show appreciation for their grandparents, especially those that have migrated to other countries to help support their families.

A TV commercial airing on MYX, TFC, Asian Journal, SoCalFilipinos featuring some of the stories shared on social media will be chosen.

Enter to win $500 & a feature in the commercial by posting a photo of your Lola (Grandma) detailing why you love her using the hashtags #mahalkitalola & #chickenadobo. The winning stories will be picked personally by #Guapdad4000 & his Lola. Submissions must be posted by 11:59 PST on Sunday 3/21. This contest is not affiliated with Instagram, Facebook or Twitter.

Watch the MYX Philippines interview with VJ Samm where Kuya Guap announces Lola Appreciation Day and shares story of how the album came together with producer !llmind.

Take an exclusive look behind the scenes of the video below: