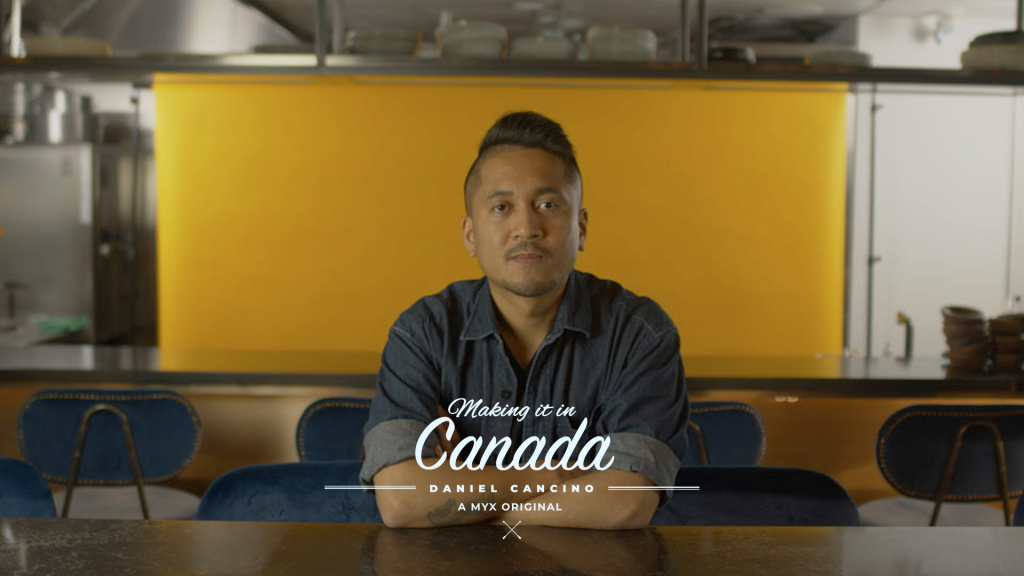 Chef and Entrepreneur Daniel Cancino Making it in Canada Trailer, Airing on MYX 12/5

Daniel Cancino is a Filipino-Canadian Chef and Owner of Mineral Restaurant in Toronto, Canada. He was born in Hong Kong, moved back to the Philippines, and eventually migrated to Canada with his family in search of better education and better life. Daniel takes us through his migration story alongside his brother, Richard. They give us insights into the challenges of settling in new environments and having to battle with their cultural identities growing up. See how Daniel’s high school job as a dishwasher led him to realize that he wanted to venture into the world of culinary arts and become a Chef, eventually also becoming an entrepreneur and opening up his restaurant in Toronto. Follow his story of taking a chance and trusting his talents and passion on this episode of “Making it in Canada.”