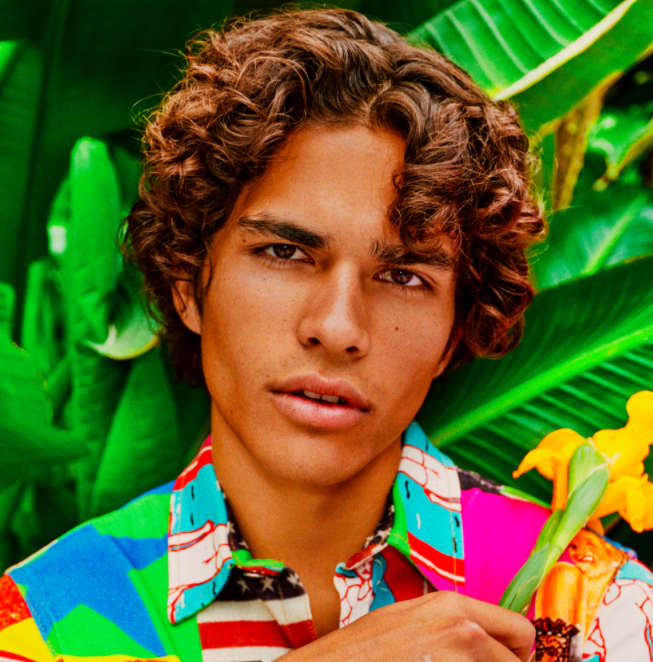 Looks like we'll be seeing more of Alex Aiono on-screen and we're here for it. Earlier this year, he stared in Netflix's Finding 'Ohana and now he takes on the role of Walter on the Disney+ series, Doogie Kameāloha, M.D. The reboot of the early 90s sitcom Doogie Howser, M.D. follows a new teenage medical prodigy Lahela "Doogie" Kamealoha played by Peyton Elizabeth Lee. The series also includes Jason Scott Lee, Kathleen Rose Perkins, Mapuana Makia who also was in Finding 'Ohana, and Ronny Chieng from Crazy Rich Asians. Aiono's reoccurring role as Walter Taumata is a local teenage surfer who's interested in Doogie.

Aiono's character Walter is so relatable especially in the pilot episode. He's cool, nice, and definitely easy-going. He asked Lahela out to a dance and unlike most families, his entire family tags along when he picks her up. Everyone, and I mean everyone in the family wants a picture before they head out to the dance. We all can relate to that, "one more picture!" We'll have to wait and see in the upcoming episodes how their relationship goes and what's in store for Walter.

Want to catch up on what else Alex Aiono has been up to? Check out our interview with him on MYXclusive! He talks about filming, music, food, and cultural similarities.

Set in modern-day Hawai‘i, Doogie Kameāloha, M.D. – a coming-of-age dramedy inspired by the hit medical series “Doogie Howser, M.D.” – follows Lahela “Doogie” Kamealoha, a 16-year-old prodigy juggling a budding medical career and life as a teenager. With the support of her caring and comical ‘ohana (family) and friends, Lahela is determined to make the most of her teenage years and forge her own path.