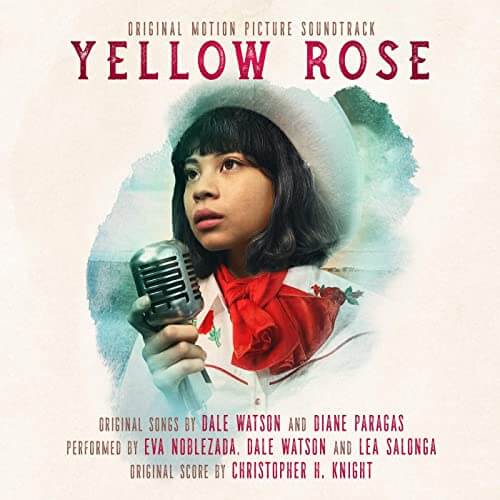 Rose, an undocumented Filipina girl, dreams of one day leaving her small Texas town to pursue her country music dreams. Her world is shattered when her mom suddenly gets picked up by immigration and Customs Enforcement. Rose, facing this new reality, is forced to flee the scene, leaving behind the only life she knows, and embarking on a journey of self-discovery as she searches for a new home in the honky tonk world of Austin, Texas. Follow @yellowrosefilm for more info.

Eva portrayed the lead role of Kim in the 2014 and 2017 revivals of Miss Saigon, performances for which she won a 2015 WhatsOnStage Award. For her performance on Broadway, Noblezada was nominated for the 2017 Tony Award for Best Actress in a Musical. Following the limited run of Miss Saigon in London, Noblezada assumed the role of Éponine in the West End production of Les Misérables in April 2016. On May 2, 2016, Noblezada made her Carnegie Hall debut, performing "The Movie in My Mind" with Lea Salonga and the New York Pops. In November 2018, Noblezada opened in the lead role of Eurydice in the Royal National Theatre's production of the musical, Hadestown. She continued in the role of Eurydice when the production transferred to Broadway's Walter Kerr Theatre in April 2019. She received a Tony Award nomination for her role and won the Broadway.com Audience Choice Awards Favorite Leading Actress in a Musical category. Yellow Rose is Noblezada’s feature film debut.