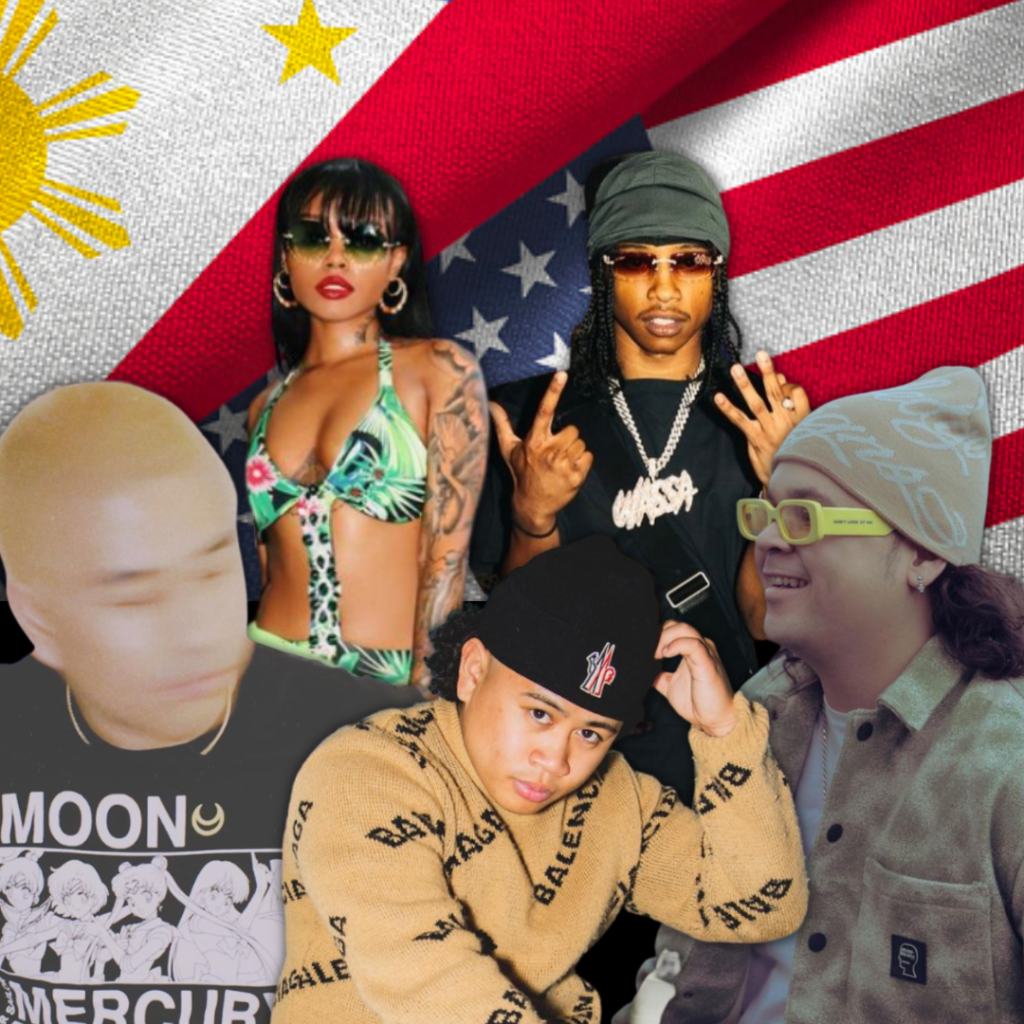 It’s 2022 and Filipino representation is at an all-time high in the music industry. Whether it’s Filipinos winning big at the GRAMMYs or a Filipino-American playing an iconic Disney princess, influence is everywhere for the next generation of talented Filipino creators to be inspired and empowered to follow their dreams in the entertainment world. In honor of Filipino American History Month, we are introducing five artists that you should add to your favorite playlists.

You might recognize Zacari as the secondary voice from Kendrick Lamar’s “Love” single from the rapper’s classic DAMN. album. The Bakersfield, California native is currently signed to Top Dawg Entertainment and has released other dope tracks with BLXST, Isaiah Rashad, SiR, and more! Check out some of his essential releases below and follow him on Instagram here.

Pressa is a half-Filipino/half-Jamaican rapper from Toronto who has been buzzing in Canada since 2017. The Sony Records artist has major cosigns from some of the biggest names in the region, such as Tory Lanez, The Weeknd, and Drake. Pressa has even been invited by Drizzy to be an opening act on a world tour. Check out some of his essential releases below and follow him on Instagram here.

Maliibu Miitch is a rapper of African American, Vietnamese, and Filipino descent. She was born in Charlotte, North Carolina and raised in the Bronx, NYC. The femcee has been in the music industry since 2011, having record deals in the past with Ruff Ryders, Island Records, and Atlantic Records. Maliibu Miitch often pays homage to her Asian roots in her photoshoots and music videos. Check out some of her essential releases below and follow her on Instagram here.

CEE1K is a Filipino artist from Queens, NYC. The singer has been making waves due to his ear for catchy melodies and his relevant heartfelt records that hit close to home for fans. Since launching his YouTube last year, he has quickly gained approximately 4M views on just 7 music videos. Check out some of his essential releases below and follow him on Instagram here.

Kajo is a Filipino artist from Los Angeles. The multitalented act is most known for his production and songwriting work with Logic behind the scenes. Now, the experimental musician is releasing his own music under Logic’s Bobby Boy Records/Def Jam Recordings. Not much information can be found about the genre-blending act online, but his honest coming-of-age inspired music speaks for itself. Check out some of his essential releases below and follow him on Instagram here.