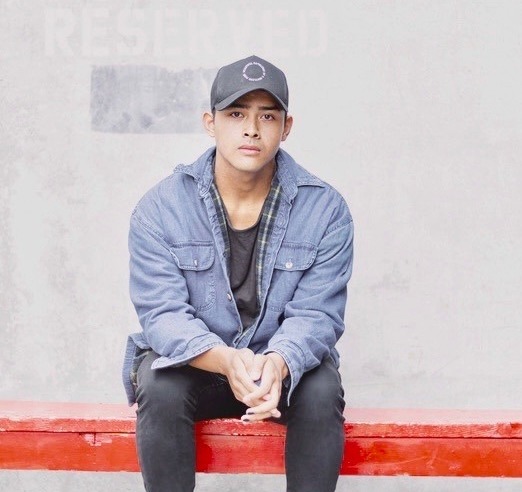 Francisco Martin Drops New Single, "If U Need Me"

American Idol alum Francisco Martin is back with a new single, "If U Need Me" following up his previous released song, "Bittersweet." The track is an acoustic ballad talking about being around for those who need you. The song is like a comforting hug we all need once in a while.

To accompany the new track is also a brand new music video. It follows Francisco around LA matching the lyrics that he'll be around. If you just need a chill track to hear, this one is a must to your playlist.

Want to hear him live? Catch Francisco Martin on the Beautiful Ramblings of a Restless Mind Tour this October through November! Grab your tickets here!

If you want to get to know Francisco more, check out his MYXclusive where he talks about moving to a new city, starting his career during the pandemic, and being a Fillipino-American.

Francisco Martin is a singer/songwriter born and raised in San Francisco, CA. A multi-instrumentalist and producer, Martin’s love for music sparked at a young age. Growing up in a music loving household Martin was exposed to his father’s favorite rock bands, the singer-songwriters loved by his mother and the soul music listened to by his older brother. Encouraged by his father, Martin began playing drums and singing at the age of nine. Expanding his musical knowledge, Martin picked up both the guitar and piano around his freshman year of high school which eventually led him to discover a love for producing.

He was a contestant in Season 18 of American Idol. Francisco auditioned in Sunriver. He sang "Alaska" by Maggie Rogers and "Use Somebody" by Kings of Leon, though the second song was not televised until the second "This Is Me" episode. All three judges voted "yes", sending him to the next round. Francisco was shown in the "Singer-Songwriter" category of the Genre Challenge, alongside Sofia Schuster, Adam Curry, Jonny West, and Dillon James. He sang "Hold Back the River" by James Bay. Afterwards, the judges told him he advanced. Later, he was shown in a duet called "3:15" with Louis Knight singing "Break Even" by The Script. Both of them advanced. After his untelevised final Solo performance, he was placed in the same deliberation room as Jonny West, Arthur Gunn, Sophia Wackerman, Franklin Boone, Makayla Phillips, Kimmy Gabriela, DeWayne Crocker Jr., Cyniah Elise, and Lauren Mascitti, where the judges revealed that everyone in the room had advanced.

Francisco sang "Adore You" by Harry Styles and "Alaska" by Maggie Rogers in the finals of the competition and continues to release music independently. Stream his latest album & more here on Spotify.

Martin’s authentic sound is derived from his most beloved artists such as James Bay, John Mayer, Maggie Rogers, and Ed Sheeran, coupled with the timeless classics that were played around his house. He describes his music and delicate songwriting as “the beauty and ugliness of heavy heartedness.”