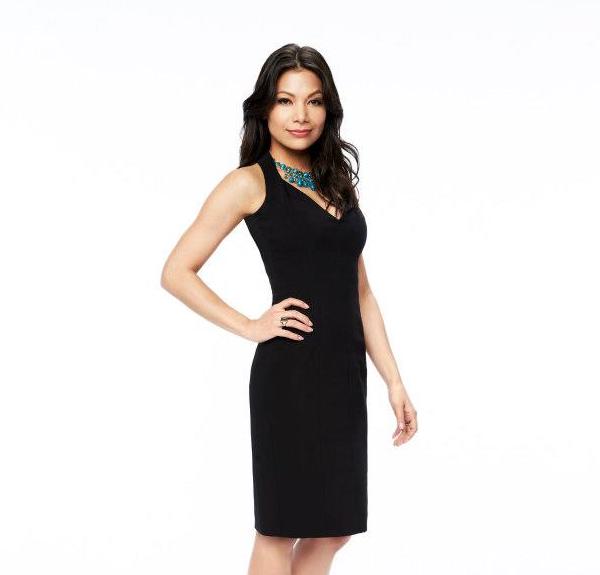 Be ready as we'll see a lot of Ginger Gonzaga on our screens soon. She recently landed the lead role in a new CBS pilot series, True Lies opposite Steve Howey (Shameless). The pilot series is a take on the 1994 film of the same named that starred Jamie Lee Curtis and Arnold Schwarzenegger.

Gonzaga will portray the character, Helen originally played by Jamie Lee Curtis. According to Variety, Helen is described as Harry’s (Howey) supportive wife, mother of two teenage kids and a linguistics professor. She doesn't have a clue that her husband is a secret spy and is getting annoyed with his frequent "business trips." We'll see the antics that go down when Harry invites Helen on a trip to Paris and finds out her husband isn't who she thinks he is.

There is not yet a premiere date so we'll just have to keep our eyes peeled, but Gonzaga is set to be pretty busy these days. With her returning to the NBC comedy series "Kenan" for its second season, she is also appearing in the upcoming Disney Plus-Marvel series “She-Hulk” opposite Tatiana Maslany.

While the actress had starring roles in the TBS comedy Wrecked and the ABC sitcom Mixology, she also appeared up on other shows like Chance, I’m Dying Up Here and Those Who Can’t. Plus and a recurring role on the upcoming fifth season of Netflix’s Grace and Frankie. She also has directorial credits for Your Day starring herself and Jason Ritter.

According to Us Weekly, Gonzaga also sings, performs stand-up comedy, and holds a B.A. degree from UC Santa Barbara, where she majored in political science/international relations and minored in Chinese.