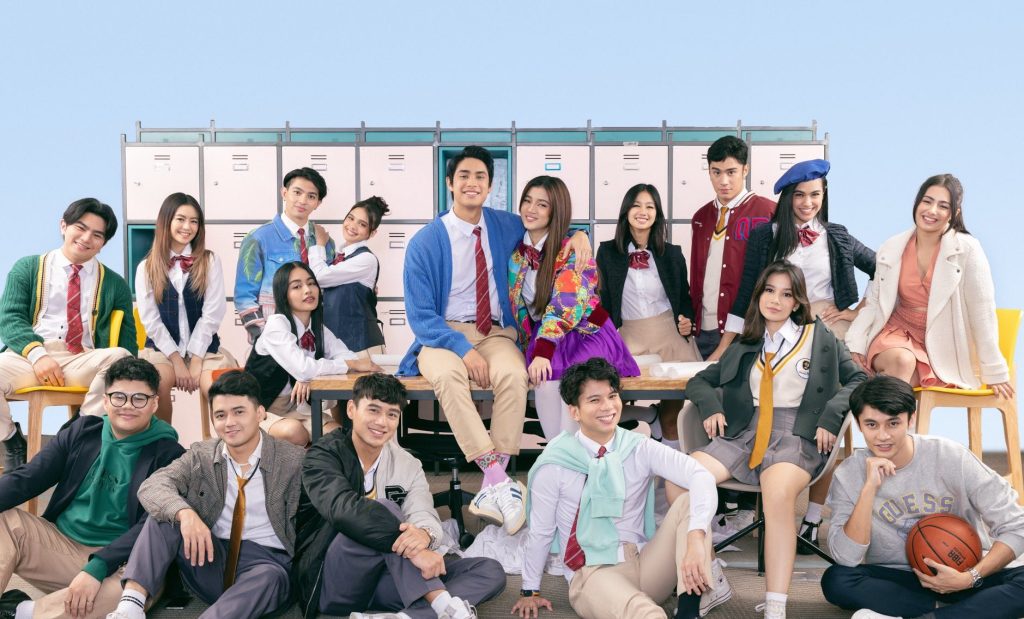 We're only a few episodes in to the newest season and so far it has all of us swooning. Donny Pangilinan and Belle Mariano or their love team, DonBelle is one of the hottest team ups right now. Season 2 kicks begins right where the previous season left off, Deib (Pangilinan) and Max (Mariano) are an official couple and things seem to be going great in their relationship. However, secrets and the past intervene to meddle in the new relationship. With a new season also comes new changes.

Here are few differences we spotted so far in Season 2. Let us know if you noticed other details, we'd love to know @myxnews!

1. BINI member Mikha Lim as the new Elle Luna
Melizza Jimenez was recasted for her Season 1 role of Elle Luna due to scheduling conflicts by BINI member Mikha Lim. Elle is Max's half-sister who was initially a bully to her then as the two sisters spent more time together, their relationship was mended. Elle got expelled from Benison for her actions, but we hope to see her return this season. We're excited to see Mikha in this new role but we'll also miss seeing Melizza on-screen.

2. Alpha 3 isn't the same without Master Tob
One of the biggest plot points to the beginning of the season is Alpha 3 missing a member with Tob missing. Tob was played by Rhys Miguel. Viewers find out that Tob and his family left in a hurry due to a scandal. He left without saying goodbye to his friends, especially Michiko. She'll have to cope over the season on how to deal with losing a love and a friend.

3. New faces in the BearKadas like Rajo Serrano as Karlie Granada and Reich Alim as Zell Echavez
There's a slate of new faces added to this season's roster like River Joseph, CJ Salonga, Zach Castaneda, and BearKada host turned cast member Shanaia Gomez. So far, fans are introduced to two new BearKadas, Rajo Serrano who plays Karlie and Reich Alim who plays Rhumzell "Zell" Echavez. Karlie is part of Kim's crew while Zell is RJ's younger sister. Their characters are shaping up to play important parts this season.

BONUS: It also looks like there was a slight change in filming locations. In Season 1, we saw more of Max's home in Manila with that amazing, grand staircase. However in Season 2, it looks like many of the characters live in condominium type home, which makes it convenient for the story. What other changes have you seen so far this season? Let us know at @myxnews

Catch He's Into Her on iWantTFC now and Kapamilya broadcasting!