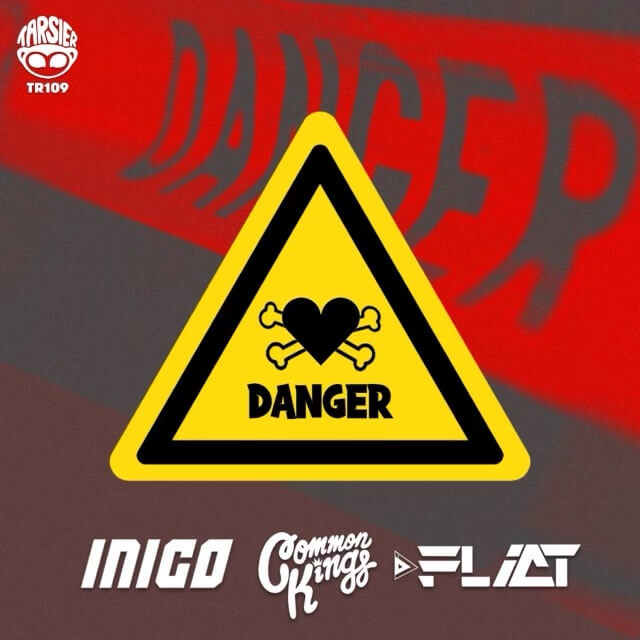 Stream the song worldwide via Tarsier Records on 5/14 with a music video releasing on 5/21. Inigo is no stranger to reggae music as his hit, "Catching Feelings" has a Bimwala Remix featuring GRAMMY nominated artist J Boog that'll have you wishing you were on the beach, chilling by the water. The song is in rotation in Hawaii top stations like Island 98.5FM & HI93.

If you ever need to boost your mood, you have to watch this MYXclusive with Common Kings and DJ Flict. The interview was filled with tons of laughs, reminiscing about how they crossed paths and their friendship. Here are the top highlights from their chat with VJ Ai from MYX PH.

1. Common Kings and DJ Flict's friendship has reached "pare" levels
"Pare" in Tagalog basically means mate, friend, or bro. DJ Flict is making "pare" catch on not only with his clique, but even fans are using the term at shows. With such a close friendship between the artists, they've got great stories to tell. Who knew the way to Common Kings' hearts is through Jollibee. DJ Flict shares that he brought over over $100 worth of Jollibee to recording sessions to get on their good side. You can never go wrong with Jollibee!

2. DJ Flict was actually born in the Philippines
The Grammy nominated DJ was actually born in Quezon City, Philippines and moved to the U.S. when he was 4 years old. However, he hasn't been back since then. Whenever he returns, he plans on doing so with a bang! DJ Flict looks to bring along a few of his friends, including Common Kings. They said they've always wanted to go but haven't found the right opportunity yet. Well here it is, with "Danger" nearing its release they've got to visit now for a live performance of it with Inigo!

4. DJ Flict always gravitated towards music
Growing up with musical parents, it was always around. In his words, "I was the band geek from the hood." Then he shocked us all when he said he turned down a music scholarship to the prestigious Juilliard School in New York City. However, he reminds us that if he did end up going then he might not be where he is now. It's all about perspective.

5. The guys learned very interesting hobbies during lockdown
One of the funniest moments of the interview was when they talked about what's been keeping them busy during the pandemic. A little surprise was Mata's recent hobby which is knitting. We've heard it's pretty therapeutic. While DJ Flict has been getting back into playing ice hockey. He thinks he's the only Filipino who plays ice hockey.

6. Danger was produced at DJ Flict's studio at Venice Beach
With the yin-yang vibes going on between Common Kings' darker colored studio to contrast with DJ Flict's white themed studio, you know hits are being made. Inigo traveled to California last winter and during that time he got in the studio to record Danger. DJ Flict showed us the exact spot where all the brainstorming and producing happened. The studio just radiates good vibes.

7. Move over JoBros, Danger has a catchy melody that will have you whistling along
DJ Flict worked with songwriter Zak Waters for the track. The song started with a melody that Common Kings sang which then turned into the whistle intro. BRB while this is stuck in our heads until the full song comes out.

8. The Danger music video was filmed at the "OC Mansion"
If you caught some of the BTS of the "secret" project a couple weeks ago on the MYX Global IG, you saw how dope it looked. Everyone had a great time filming the music video and the artists may have gone meta. Mata shared that there's a scene in the video where they're having a good time with friends. They did a few takes of where they're supposed to take a drink and of course they used the real stuff every take. You can bet it was a good time the whole shoot.

ABOUT INIGO PASCUAL:
Inigo Pascual is a young, international pop superstar from the Philippines with over 4M+ social media followers. His 2016 release “Dahil Sa’yo,” a song he penned himself, topped Billboard PH charts at #1 for 3 months and remains as the most dominant OPM (original pilipino music) release in history. A tireless worker in constant demand from his millions of fans, Inigo turned his attention toward the international market in 2019, collaborating with Australian-Chinese vlogger and musician, Wengie, Singaporean rapper Akasha, GRAMMY nominated reggae artist J Boog as well as UK/US popular boybands, New Rules and PRETTYMUCH. He worked with GRAMMY award winning producers from Manila to Los Angeles, CA on a solo album, giving birth to his lead single, “Options” and island pop hit “Catching Feelings.” Inigo became a familiar name in media and international radio while doing promo rounds in Los Angeles, New York, and even taking the stage during halftime at an NBA game. Radio airplay was followed by appearances in San Francisco, London, Toronto, Tokyo, and Sydney on popular stations like IHeartRadio in the US, SBS Pop Radio in Australia and BBC Radio in the UK. The “Catching Feelings” (Bimwala Remix) charted on Top 5 new songs on stations like Island 98.5 and HI93 in Hawaii. He has recently been part of 88Rising's exclusive online festival, "Asia Rising Forever" and performed "Catching Feelings" on Jo Koy's Netflix special, "In His Elements", with the track racing to the top of Shazam Charts in various cities globally.

After album singles “Should Be Me,” and “Lost” dropped in 2020, Inigo joined a band of international artists assembled by Tarsier Records for “RISE” - a cross-cultural unity track featuring Eric Bellinger (USA), Sam Concepcion (PH), Moophs (PH), Zee Avi (Malaysia), and Vince Nantes (USA), putting him in front of a new category of listeners and proving that no pandemic can stop his international track. To close off his 2020 streak, Inigo releases “Always” - a dancehall-pop tune that sprouted with “RISE” co-collaborators, Vince Nantes, Sam Concepcion and Moophs. He plans to release his “Options” album in 2021.

ABOUT COMMON KINGS:
The GRAMMY nominated Common Kings have toured and worked with some of the world’s biggest pop stars like Justin Timberlake and Meghan Trailor. They have also toured countries like Japan, Australia, New Zealand and the United States on their own sold out tours. Currently they have over 914,000 monthly Spotify listeners with over 85M YouTube plays, making them one of the most popular island reggae groups of all time. Their unique style and music is a collection of inspirations orchestrated into an array of head rocking beats, feel good vibes, and emotional fever. Their crazy, fun-loving attitude compliments Common Kings’ live sound, producing phenomenal hits with rock, reggae, and island influences. These influences originate from each band members love for various genres, and widespread knowledge of music.

The majority of Common Kings were born in the South Pacific, and raised in Orange County, California. Growing up with households full of colorful personality and vibrant passions for music, Common Kings’ members naturally grew up forming individual musical paths. This musical journey involved mimicking and listening to artists such as Van Morrison, Stevie Wonder, Geourge Benson, Jim Croce, Michael Jackson, The Who, Led Zepplin, Gypsy Kings, Earth Wind and Fire, Bob Marley and more. The culmination of these musicians explains exactly who the Common Kings are.

Where everything comes to a point is through lead singer Sasualei “Jr King” Maliga. Jr King is perhaps one of the most powerfully impressive vocalists amongst today’s leading artists. Born with this untrained raw-talent, Jr King’s singing ability seems boundless, as he amazes listeners with a wide range of belting notes and soulful passion. His humble demeanor off-stage needs no introduction as to when the band is rocking out on-stage creating a young, wild, and free atmosphere.

ABOUT DJ FLICT:
Chris “Flict” Aparri is an LA-based Grammy nominated, platinum record producer, songwriter, artist DJ & musical director. A lover of all music genres, Flict’s versatility has allowed him to work with everyone from Meghan Trainor and Wiz Khalifa to Sublime with Rome and Fifth Harmony. It is his youthful “Hit” sound and humble nature that attracts various artists, songwriters, and record labels around the world.

Born in Sta. Mesa, Manila, Flict began playing music at the age of 5. Learning any instrument he could get his hands on, he became a true and lifelong student to music. In college, he was a music performance brass major and eventually earned a degree in Recording Arts and Production. His professional career began as a DJ where he developed his distinctive style and love for hip hop that remains a major influence in his sound today.

Flict’s “big break” came when he was asked to be the musical director and producer for the legendary Lauryn Hill. He considers that his first musical boot camp, giving him the confidence to tackle any project thrown his way.

A good friend and longtime collaborator of Flict’s is Grammy award winning artist, Meghan Trainor. They have written and produced numerous records together that have been placed with several artists including Fifth Harmony and Common Kings. Flict has had numerous records reach #1 on iTunes overall charts. He produced 3 records on Fifth Harmony’s “Reflection” Album which was #1 on iTunes in 25 countries and went platinum. As well as have peaked at #5 on the Top 200 Billboard overall charts. He is Grammy Nominated for his work on the album: Lost In Paradise by the Common Kings. He landed the Global Campaign song for Weight Watchers alongside Oprah, Diane Warren, and Ally Brooke. He also has executive produced the band 4th & Orange under Latium/Atlantic recs.