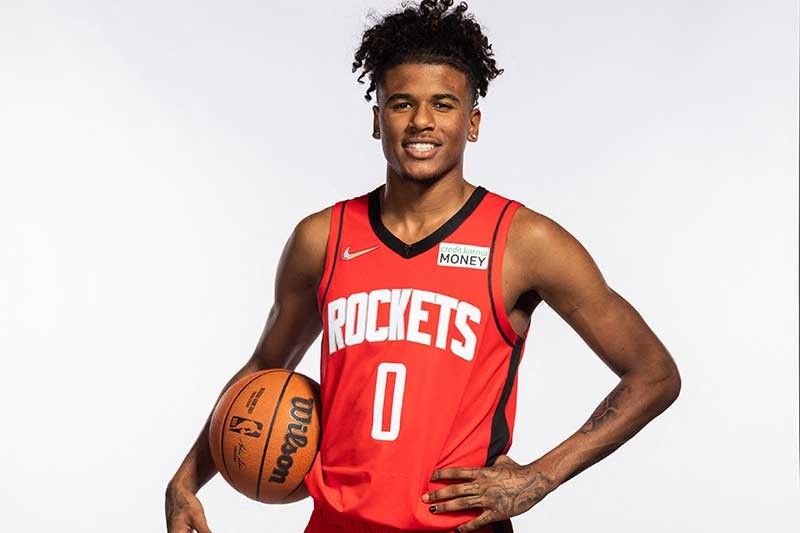 Fil-Am and Houston Rockets Shooting Guard, Jalen Green is heading to Cleveland, Ohio for the 2022 NBA All-Star Weekend. The rookie is having a good first season with averaging 14.1 points, 3.3 rebounds and 2.2 assists. With these numbers, Green is participating in two events over the All-Star Weekend: NBA Slam Dunk Contest and the Rising Stars Game. The weekend is set to take place February 18-20 at the Rocket Mortgage Field House.

The Rising Stars game will have a new format that mixes rookies, sophomores, and members from the G-League into four seven-player teams competing in a three-game tournament. Each team will have to reach a target score with the semifinal and final games adding up to 75 points to commemorate the 75th anniversary of the NBA. Green is one of the twelve rookie players invited to play along with 12 sophomores and 4 G-League players. So tune in February 18th to see how it all turns out.

The Saturday events are one of the favorites as it includes the Skills Challenge, 3-Point Contest, and the hyped Slam Dunk show. Jalen Green joins three other players: Obi Toppin, Cole Anthony, and Juan Toscano-Anderson. The dunks and tricks are always crazy so it'll be a sight to watch. Everyone participating has insane skills, but Jalen Green is explosive this season so we'll have to wait and see what happens.

Get the entire rundown of the NBA All-Star Weekend schedule on NBA.com.