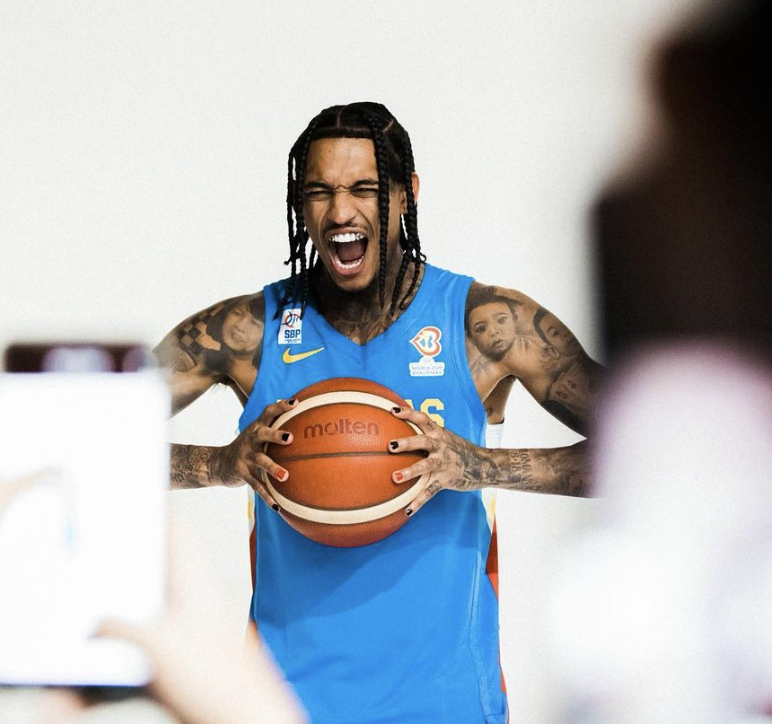 NBA player and Utah Jazz guard, Jordan Clarkson arrived in Manila just in time for Gilas Pilipinas' first practice. The national team is gearing up to to face Lebanon and Saudi Arabia in the fourth window of the FIBA World Cup Asian Qualifiers. He made the long flight overseas and we get to tag along the journey in his latest vlog, titled "Manila Man."

Samahang Basketbol ng Pilipinas (SBP) executive director Sonny Barrios shared how much pride Clarkson has to be playing for Pilipinas and embraces the interactions around him. The executive director acknowledged Clarkson's high basketball IQ and his quick turn around on learning the team's plays.

Meshing and blending with the team hasn't been a problem for Clarkson as he's made the effort of interacting with his teammates like Kai Sotto and Kiefer Ravena, but especially the fans. To help create a camaraderie, the basketball star participates on sidelines conversations and fun half-court shooting contest post-practice. Barrios continues,“Aside from the high energy that I notice that is prevailing in the whole team, as far as Jordan is concerned, he is very comfortable during side interactions with the people around him.”

The former Sixth Man of the Year will take on Lebanon on the road on August 25th and then host Saudi Arabia at the Mall of Asia Arena on August 25th.