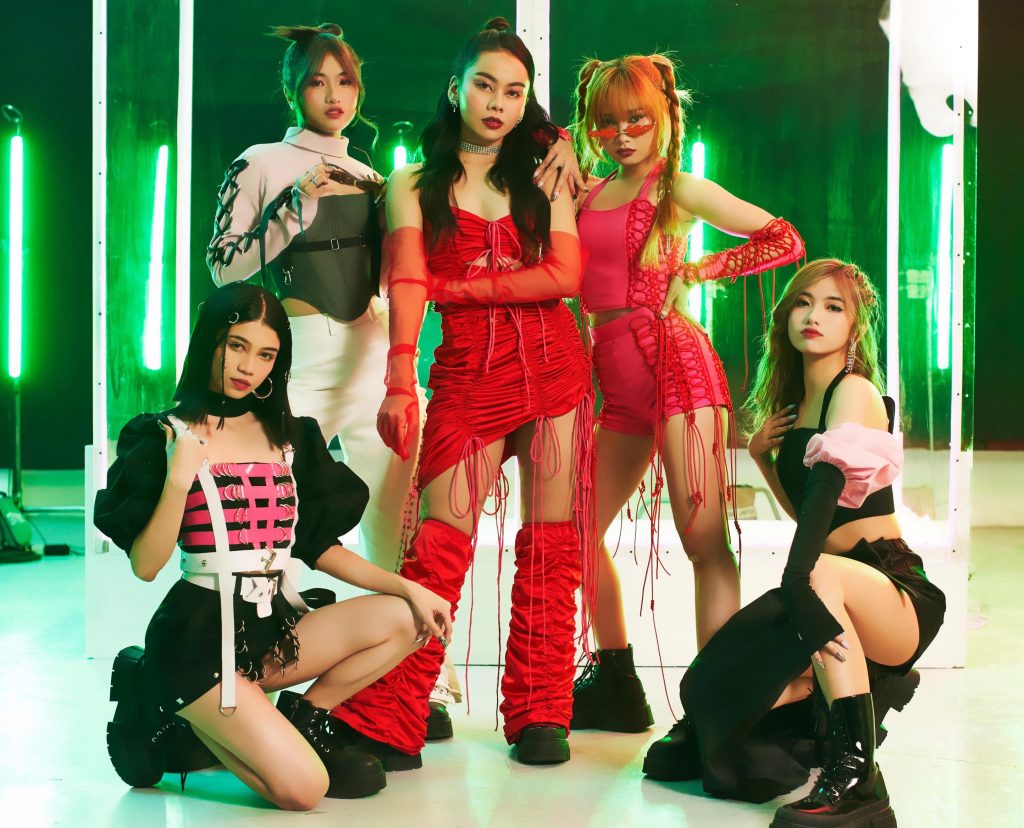 KAIA aims for a global reach with their debut single, "BLAH BLAH." The upbeat track, released under Sony Music marks the arrival of the P-pop newcomer and they're ready to show us what they got! Produced by Lee Oh Won, who's also behind other tracks by international artists like SB19, Stray Kids, and more, helps KAIA explore a future forward sound that blends different musical elements together. Listen to "BLAH BLAH" now available on all digital music platforms.

The group may be considered newcomers, but they're already taking ownership of their music as songwriters. As the song talks about love, infatuation, and how relationships don't always play out the way we want, the girls wrote the lyrics by bringing their own experiences into the mix. Group member, Sophia shares how their chemistry made the songwriting process easier, "Writing BLAH BLAH is somehow easier considering our chemistry has improved a lot since then...We finally learned how to trust each other on a deeper level, hence the making of a song about love."

The music video which also debuted along with the single provides a stark contrast between the dream world and reality. Directed by Angelo Balanon, the visual translates the essence of the song with a cosmopolitan, movie-like sheen on par with K-Pop and J-Pop music videos.

This is only the beginning for KAIA and "BLAH BLAH" serves as their introductory journey towards self-discovery. As they navigate through an industry that's challenging and unfamiliar, they'll have to stick together and find their voice collectively as a group. "BLAH BLAH" partakes in Sony Music Entertainment's "Angat, P-Pop" initiative, which aims to put a spotlight on new generation OPM pop hits. Its global-ready sounds is sure to be your next summer jam!

ABOUT KAIA
KAIA is an upcoming 5-member girl group from ShowBT PH, the same company that launched P-POP Kings SB19. The members consist of Sophia, Angela, Charice, Charlotte, and Alexa. The name KAIA is inspired by two tagalog words: First is Kinaiya, which is a Tagalog noun that describes your inner character. These aren’t just your good traits, but all the traits and
characteristics that make you who you are. The second word is Kaya, which is a generic tagalog term Filipinos use in their everyday lives, mainly to overcome their struggles. “Kaya mo paba?” “Kakayanin.”

KAIA is a word that sounds feminine, but means powerful. Accepting who you are, and using it as a strength to overcome your goals despite what may be thrown at you. This is what the group represents now that they have finally debuted.