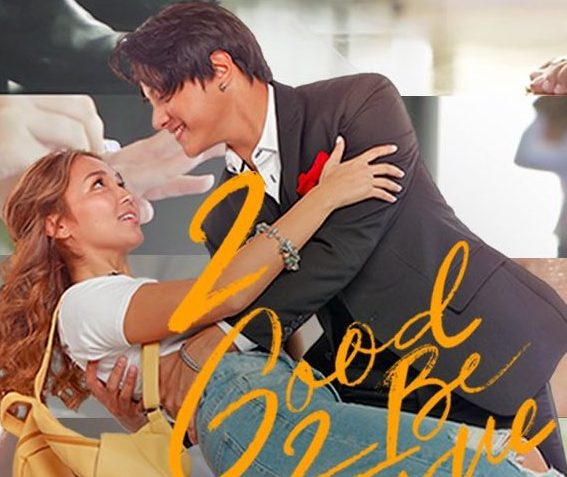 One of the OG love team couples, Daniel Padilla and Kathryn Bernardo will be back together on-screen in their new teleseyre, 2 Good 2 Be True (2G2BT). Late last year, the love team Kathniel teased their upcoming show with a mini trailer and now they take teasing to another level with another teaser. The premiere date still hasn't been set yet, but a hint of it coming soon. The anticipation is keeping us all on our toes.

The on and off screen couple will play Alisson and Elorde who crosses paths unexpectedly. Their two characters don't get off on the right foot, but we all know things can change and that opposites attract. Don't call it a comeback for Kathniel, but it's a comeback that we're all waiting for.

2G2BT is the love team's comeback teleseyre since their 2017 fantasy, action show La Luna Sangre and their first rom-com since 2013 with Got to Believe. As they return to primetime with the rom-com show, the actors say this genre is their personal preference and can't wait to show their fans the new project.

Rounding out the cast are Ronaldo Valdez, Gloria Diaz, and Irma Adlawan, along with Gelli de Belen, Romnick Sarmenta, Cris Villanueva, and Smokey Manaloto. Matt Evans, Jenny Miller, Yves Flores, and Pamu Pamorada are also part of the project along with Gillian Vicencio, Kristel Fulgar, Bianca de Vera, and Alyssa Muhlach. The series is lead by Mae Cruz-Alviar, who also directed Kathniel in films like “Can’t Help Falling in Love” and “Crazy Beautiful You.”