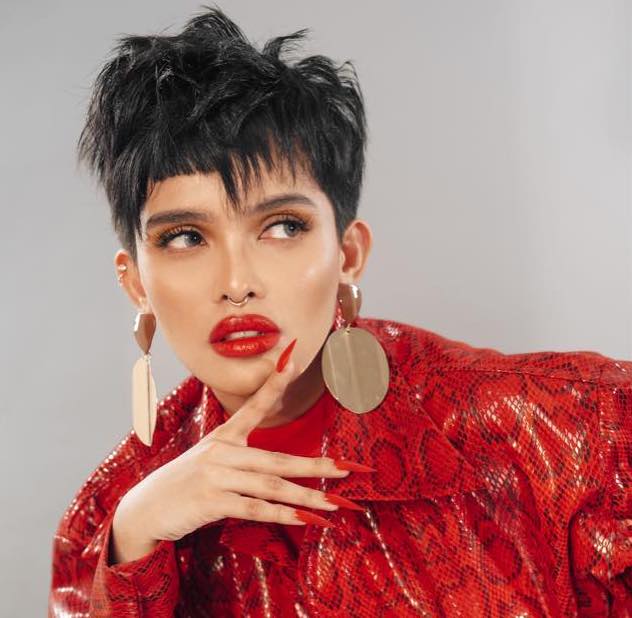 "11:59" is the first international single for the incredible artist, KZ Tandingan with Tarsier Records. MYX Global had the chance to chat with KZ about the single and its meaning, the one-take music video, and writing it with grammy-nominated producer, Luigie “Lugo” Gonzales, Paulino Lorenzo, and Idrise Ward-El. Don't wait, listen to KZ's latest track below!

Before releasing her latest track, KZ kept busy in 2020 and released songs like “My Hair, My Say” and performed “Nag-iisa Na Naman” in BBC Radio London, which blew away the DJs interviewing her. Early 2021, KZ was also tasked to sing the first full Filipino Disney song, “Gabay” for “Raya the Last Dragon.” Now, she ventures again into the global scene with "11:59."

The track has been 2 years in the making as she recorded the soulful ballad in Los Angeles in 2019, after taking the stage in ASAP Natin 'To Bay Area. She constantly rehearsed everywhere before hitting the studio as KZ wanted to be prepared when it was time to hit the studio. The song talks about running out of time and how much things can change in a minute or in this case, 59 seconds. KZ said, "11:59 is about lovers and their journey in love, figuring out the next step into the relationship."

Adding to the excitement and nerves of releasing the song was working with producer, Lugo Gonzales as she strived for perfection in the recording studio. After meeting KZ in LA, Lugo Gonzales said she's ready to it the international stage. "We did our research and knew she was an amazing musician. [We] Had doubts because other artists recorded the song but she was able to capture what the song was about and completely destroyed it." Needless to say, KZ understood the assignment.

During the media con, KZ talked about being nervous and excited as she wasn't sure if the song will ever be released, but everything fell into place. The music video was shot during the pandemic and featured 6 different set ups all to be recorded in one continuous take. KZ mentioned always wanting to do a music video at this scale and now it finally came true!

Everything from recording the track, mastering it, and filming the music video all lead to a culmination of 2 years of hard work and KZ's next step in her career. If you need to catch up on what she's been up to, check out her "The Crossover" special when she performed at the London Barrio Fiesta.

KZ won the grand prize at the first season of The X Factor Philippines in 2012. Since then, she has been called “Asia’s Soul Supreme” as she continues to excite the music industry with her exemplary talent. She has paved a way for herself in the industry as she has evolved to be an artist who dares to be different, edgy and authentic with her sound, look and style.

In 2013, she launched her self-titled debut album, “KZ Tandingan,” which birthed the massive hit - “Scared To Death.” Following this success, her sophomore album entitled, “Soul Supremacy” did not disappoint. It is already certified gold and platinum, carrying the single, “Labo,” which also made the album garner countless awards from prestigious musical award-giving bodies in the Philippines, such as Album of the Year: 2018 for Awit Awards and Star Awards for Music. KZ was also People Asia’s People of the Year during that same year. KZ catapulted into the international scene after joining a singing contest in China, “Singer 2018,” where her performance went viral. The said competition was also joined by singer, Jessie J.

In 2019, KZ made history as she is the first Filipino to perform a sold- out concert in Dubai World Trade Center Arena. She’s had multiple solo concerts locally and globally, and has performed alongside the likes of Boyz II Men.

KZ continues to explore her sound as she creates more music. Just recently, she released a Wedding EP, “Simula,” together with her husband, TJ Monterde, which is a collection of songs that were inspired by their relationship and born out of their expression of love for each other.