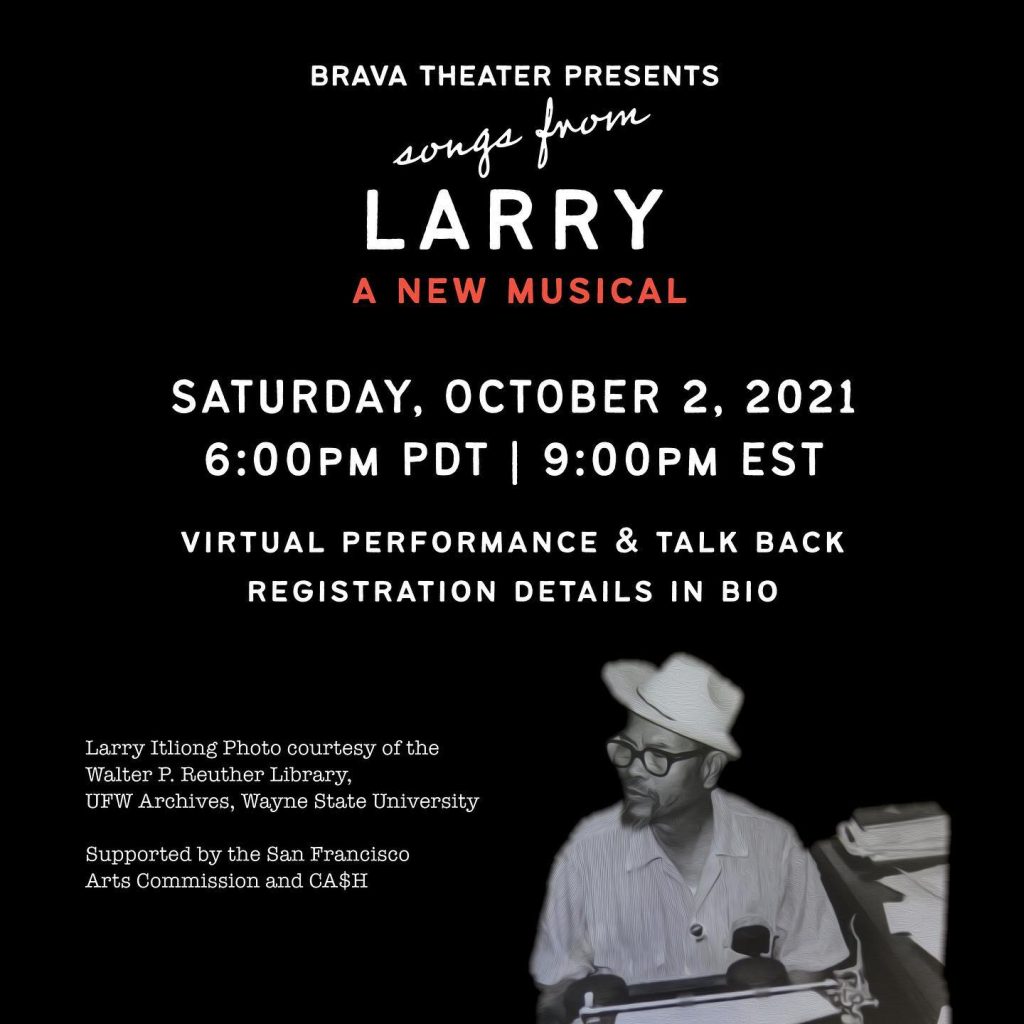 Brava Theater is organizing a new musical based on our friend, Larry Itliong. Songs from Larry: A New Musical is about the life and legacy of Filipino American labor leader Larry Itliong. Also known as "Seven Fingers," in the 1930s, he began organizing agricultural workers in the West Coast then in 1965, him along with Philip Vera Cruz, Benjamin Gines, and Pete Velasco demanded equal wages from the farms of area table-grape growers to match the federal minimum wage. This became known as the Delano grape strike.

The musical is an online event and includes a free virtual workshop reading and panel discussion. Catch it on October 2, 2021 starting at 6:00PM. The musical and content is based on the research by the late historian Dr. Dawn Mabalon. This event is supported by the San Francisco Arts Commission and CA$H | Theatre, a grants program of Theatre Bay Area. Register now on Eventbrite!

Does the name Larry Itliong sound familiar? You may have heard it when AJ Rafael released the song, Our Friend, Larry Itliong during Asian American and Pacific Islander Heritage Month. AJ aimed to help tell Manong Larry's story of an aspiring lawyer, who became a storied Filipino-American labor leader and organizer.