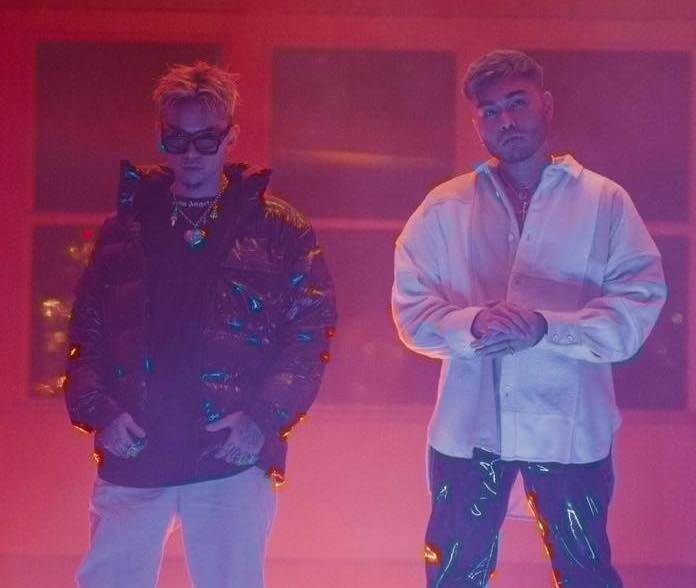 Los Angeles' Universal CityWalk Hollywood is an open area plaza for Universal Studios Hollywood. CityWalk LA known for its shops, restaurants, and free shows is a great place to hang out. Different artists have taken the CityWalk stage to perform for fans and casual onlookers. James Reid recently posted that the collab project for Backhouse Ballin' with Fil-Canadian duo Manila Grey is featured on CityWalk. Watch our recent MYX interview with James Reid and Manila Grey below:

From the video, the Backhouse Ballin' music video is playing on the stage's jumbotron. He captions it with "We Out Heeere!" This is a huge step for Filipino artists crossing over globally as our music gains exposure. James and Manila Grey are geographically miles away, but their musical style draws them together.

More about Backhouse Ballin' Dannieboi has both James and Manila Grey on a MYXclusive. It's the first time we've had these artists together as the call in from different locations.

Although James and Manila Grey formally met in 2019, they've been on each other's music before then. The track is a couple years in the making with Manila Grey recording it in 2018 and James' verse added in 2020. Soliven from Manila Grey said "it's a blessing to do that [release music] again... Feels like we lost a year and we're just now playing catch up." James expresses he's also happy to be part of the project and have it help shake off last year.

We hope to see more collaborations between Manila Grey and James or even with Careless Music. James explains that Manila Grey is bringing their music to an international stage and took inspiration from that. It's what he also wants to do, help bring Filipino music to the forefront internationally. The natural camaraderie is set to bring more bangers and a new wave of Filipino music.

If you haven't heard Manila Grey's latest mixtape, you have to check it out! As Neeko said, it's not an official album, but the project that caps off the "No Saints" trilogy. No Saints On Knight Street is out now and features P-Lo, James Reid, and azel north. Check out below to see when you can hear Sometimes from the mixtape.