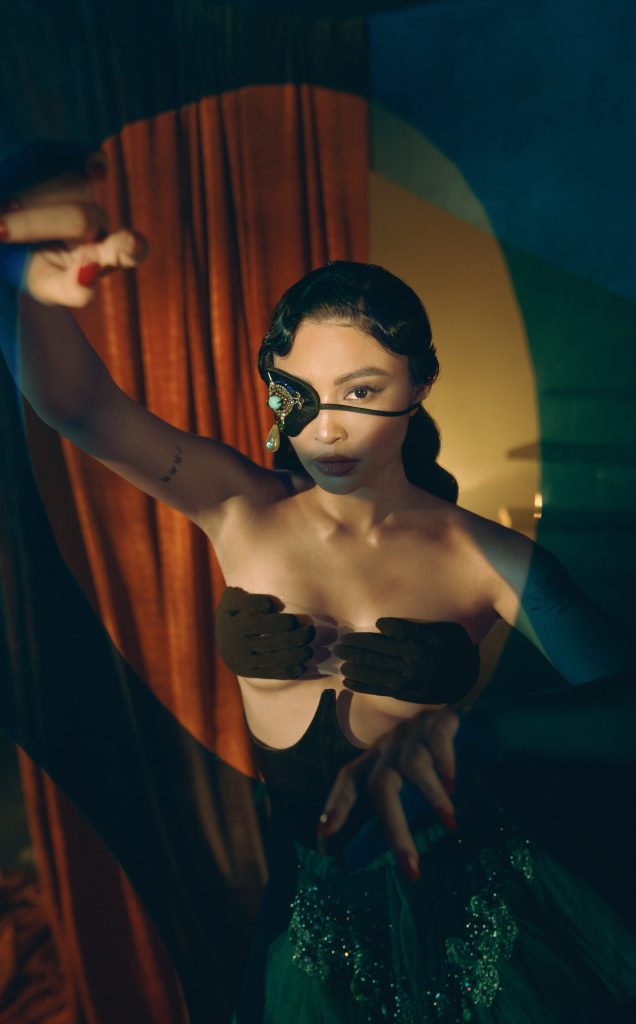 Hottest news this week, Careless Music and Kumu Live just announced Nadine Lustre’s first solo concert entitled “Absolute Madness.” As the culmination to her debut solo album “Wildest Dreams”, the concert will air online through Kumu Live’s streaming platform on July 3, 2021 at 7 PM. Purchase tickets now on the Kumu Live website (www.kumu.live) to experience the grand spectacle from the safety of your own homes.

Kumu, a mobile streaming platform in the Philippines, kicked off a desktop version of their app to cater to live streaming ticketed events. Their continued support for Careless Music and for Nadine herself since the release of the Wildest Dreams Visual Album back in October of 2020 led to another big collaboration for this upcoming show made by and in collaboration with world class Filipino talents.

While the visual album last year was groundbreaking in itself for being the first of its kind in the Philippines, all eyes are on this concert again as it is said to be another first in the country for its unique blend of live concert and theatrical stage play.

Produced by Careless Music and shot by The Finest, Menchu Lauchengco-Yulo joins the team as director of the production. Known to be the “first lady of Philippine musical theatre,” Direk Menchu was associate director and also main cast of the musical theater play “Ang Huling El Bimbo” which ran for two successful seasons back in 2018 and 2019. Additionally, even Nadine herself was hands-on in putting together her first-ever solo concert since the onset of her career. Rehearsals are well under way as Nadine goes all in with the cast and crew, which also features James Reid, Massiah, and A-Team in the production. And with Kumu Live as a platform to stream this, “Absolute Madness” is truly another product of great Filipino artists’ and creators’ joint effort.

Direk Menchu shares the creative process she went through with Nadine saying, “She [Nadine] was instrumental in creating the concept. It was inspired by ‘Alice Through The Looking Glass.’ Nadine wanted it to encompass a magical land. When I asked her what her idea of refuge or fantasy was, she replied NATURE.”

She also said that the experience of working with Nadine is nothing short of amazing and unlike anything she has ever done before. ”Being able to collaborate with Nadine and create a totally new concept was incredible. Nadine had all these great ideas, my challenge was to see those ideas through.”

In a nutshell, Nadine Lustre’s “Absolute Madness” picks up from the Wildest Dreams Visual Album to cement how Nadine has found the answer to the quest of finding herself. Fans can expect never-before-seen performances of tracks from her “Wildest Dreams” album, set on the backdrop of a fantastical theater stage.

A sonic and visual experience like no other, witness Nadine Lustre’s and Careless Music’s first-ever online concert ‘Absolute Madness’ conquering the world of digital and theater stage!