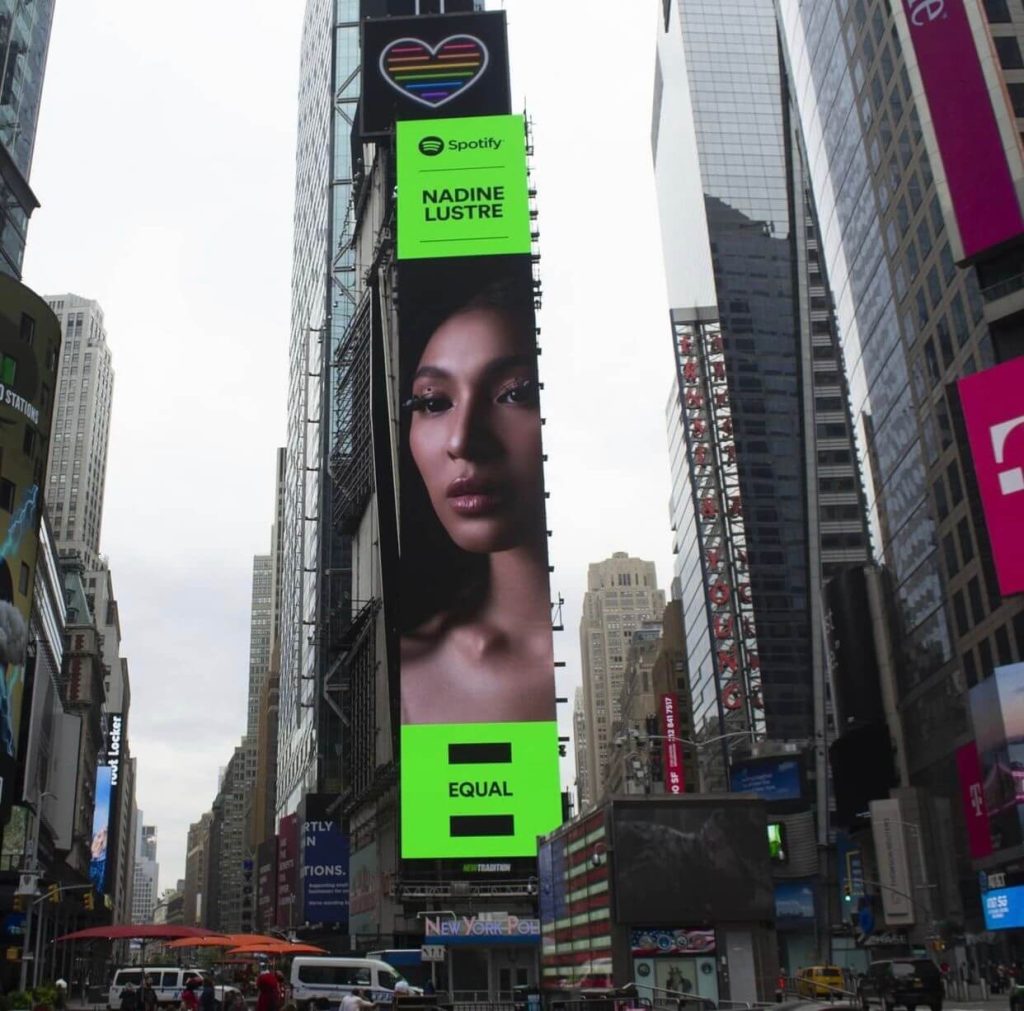 Nadine Lustre was one of several female artists or creators featured, as part of Spotify’s just-launched EQUAL Music Program.

The international campaign aims to “foster equity for women in audio,” with the inaugural 35 women artists receiving playlist support and marketing, among others, according to Billboard.

Lustre, 27, launched her visual album “Wildest Dreams” in October 2020, and has been actively promoting the passion project with performances and brand tie-ups.