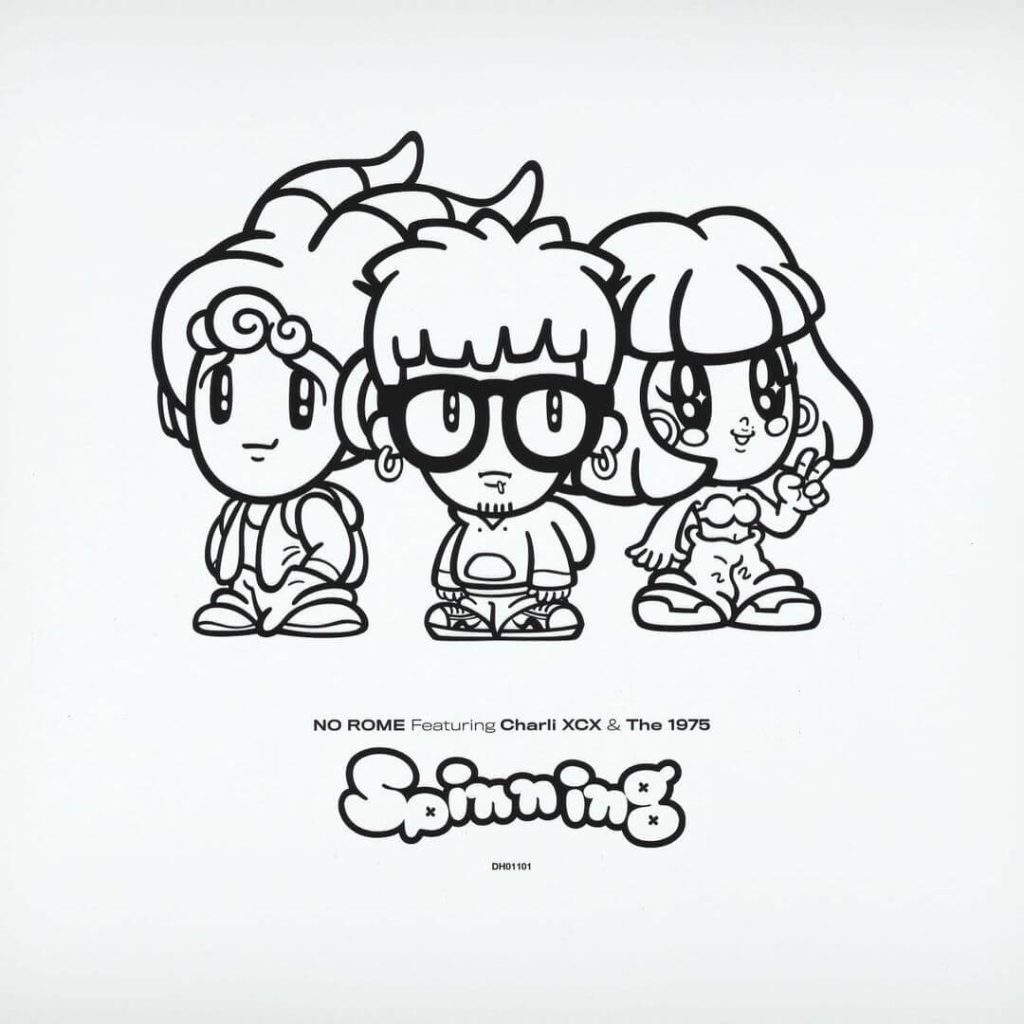 No Rome's latest track, Spinning has us dancing along and spinning around the room. The song with its pure, joyful escapist pop sound will have listeners wishing for summer. The house vibe to the track draws listeners in. No Rome produced Spinning along with George Daniel and Matty Healy of The 1975. Although he collaborates with Charli XCX and label mates The 1975 for this song, Rome has also worked with Jay Som, Bearface, Dijon and fellow Filipina-British singer Beabadoobee. He's set to release his debut album later this year, so we can expect to hear much more music.

To accompany the release of Spinning, he's collaborated with Japanese artist Hideyuki Tanaka and designer Samuel Burgess - Johnson. Together they created a visual world around the release, complete with animated characters for each artist and a psychedelic universe for them to inhabit.

No Rome, Charli XCX and The 1975 have teamed up with NFT platform Foundation to auction original artworks designed by Hideyuki Tanaka & Samuel Burgess-Johnson and raise money for 3 different charities of the artists choosing. Rome will donate a portion of profits to Right Start, Charli to Girls Make Beats and Matty to One Tree Planted.

Guendoline Rome Viray Gomez, better known as No Rome, is a London-based Filipino musician. Rome grew up in Manila before settling in London. In addition to working with The 1975, No Rome signed to the same label, Dirty Hit. In 2018, released his debut EP RIP Indo Hisashi that includes tracks: Seventeen, Saint Laurent, and Narcissist. The most recent studio album No Rome released was Crying in the Prettiest Places (2019).