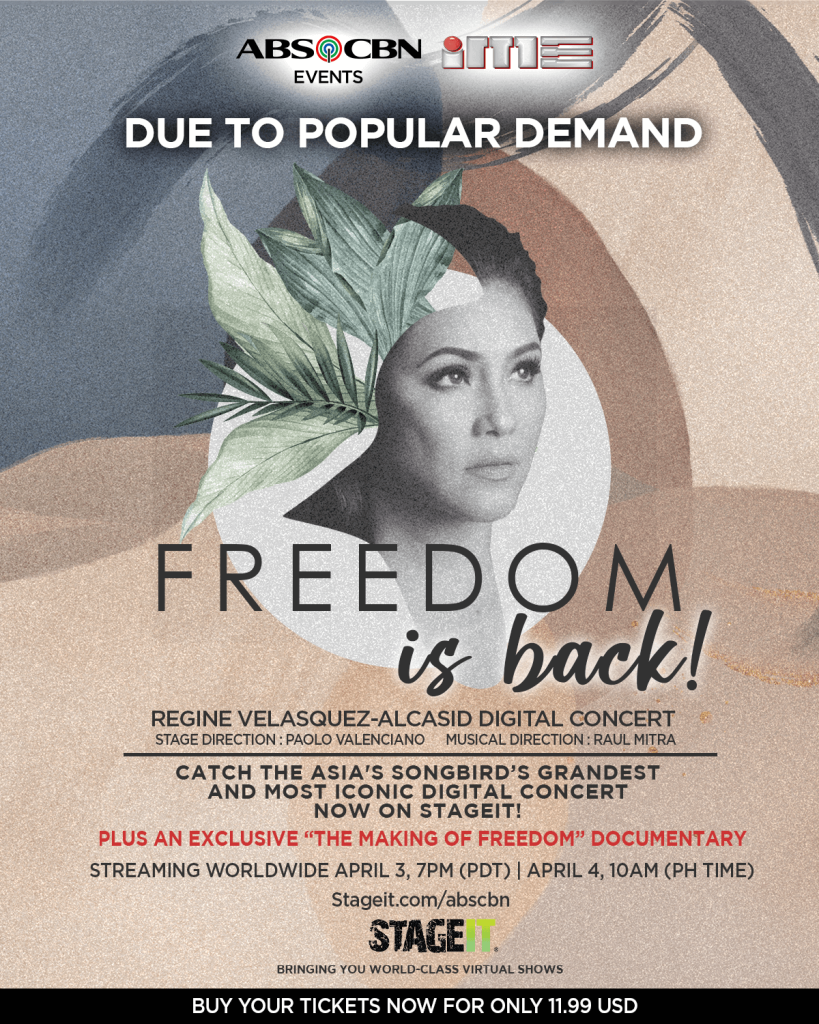 Having sold more than seven million records domestically and a further million and a half in Asia, Velasquez is the best-selling music artist of all timein the Philippines. Aside from her commercial accomplishments, Velasquez has received various awards, including two Asian Television Awards, two MTV Asia Awards, 21 Awit Awards, 22 Box Office Entertainment Awards, 15 Aliw Awards, and 10 Star Awards for Music. Referred to as "Asia's songbird", she is regarded for her vocal range and belting technique, and has consistently been credited with inspiring a generation of Filipino singers. You can find her weekly on the top hit live music show, ASAP, with a star-studded cast, but this concert is an exclusive digital event you don’t want to miss! Click here for more details & to get tickets for you and your friends to enjoy “Freedom” together.