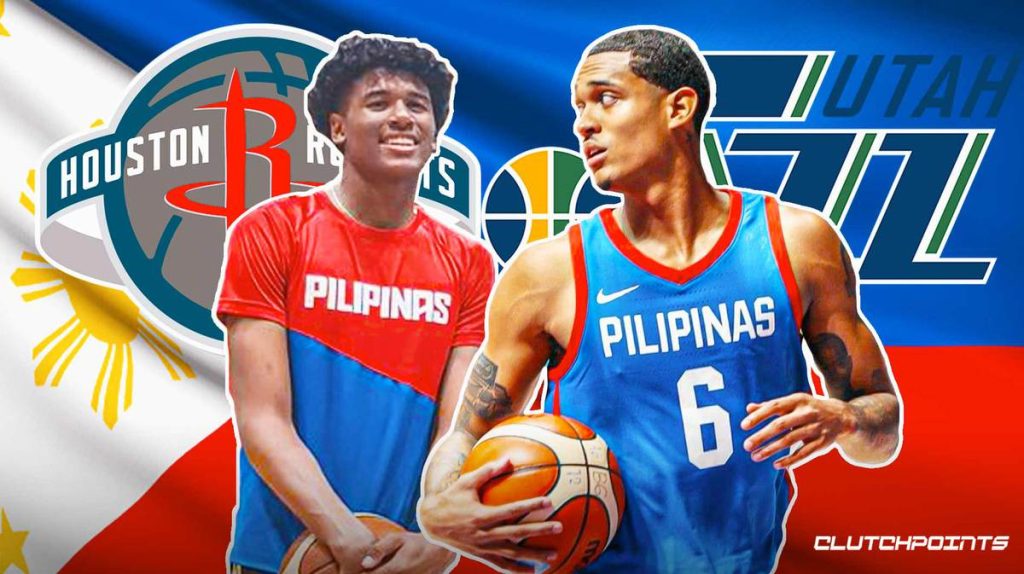 For the first time in NBA history, 2 Filipino basketball players played in an NBA game when Jalen Green and the Houston Rockets took on Jordan Clarkson and the Utah Jazz.

Houston Rockets celebrated Filipino Heritage Night presented by Credit Karma Money with a special edition themed Rockets hat and a Jalen Green shirt. Plus those who purchased tickets with the special PSAOT promo code experienced a post-game Q&A with Jalen Green and Jordan Clarkson talking about what this game meant for the League and culture and how they hope to inspire the next group of Filipino ballers. A portion of the proceeds from this offer will go to the Philippine Sports Association of Texas.

With basketball being such a huge part of the culture, it was awesome to see Jalen and Jordan take the court together. The Rockets fell to the Jazz in a 122-91 score, but it was an entertaining game to say the least. The night featured DJs The Kracker Nuttz playing in-arena music from Apl.de.ap to Guapdad 4000.

Before the start of the season, Jordan Clarkson spoke with ABS-CBN's Steve Angeles and said he's humbled to be able to represent the country and help pave the way for other Filipinos and Filipino-Americans in basketball. He's also excited to have Jalen Green join the League and hopes they make a path for the next generation to follow.

Jalen and the rest of the young Rockets team look to bring a whole new ball game. These eager players are ready to push the tempo up this season.

Jalen Green was the No. 2 overall draft pick in the 2021 NBA Draft over the summer.