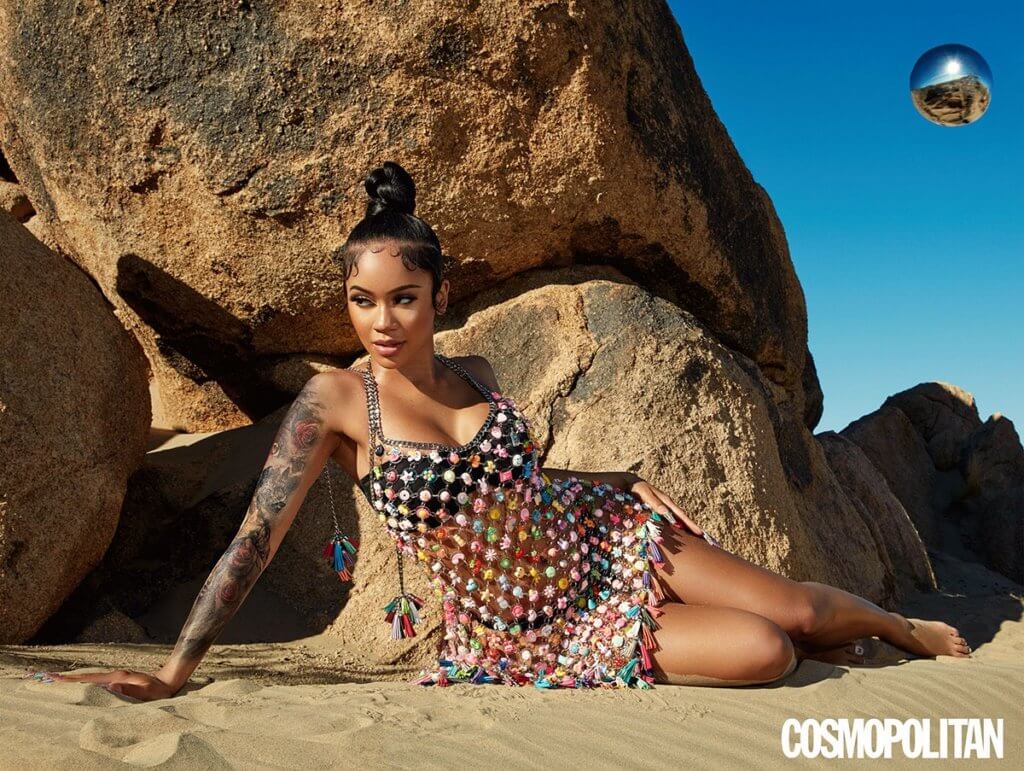 Cosmopolitan Magazine Tap In with Saweetie in this month's issue. The "multi-hypenate entrepreneur" has been at the top of Billboard Charts cracking the Top 20 on the Hot 100. She talks about grinding during her educational journey but also going through PTSD early in her career from some of the hate she received. She talks about the importance of being comfortable in your own skin and not having anyone dim your light.

Saweetie always felt underestimated as a woman of color. She's worked on owning who she is since her time at USC. "Yes, she’s read the tweets...about pretty privilege, about the ways someone like her can use their looks as unearned currency". Her response to that is the debut album, Pretty B*tch Music where she can take back the time she was underestimated. Set to release this spring, the album is a chance to prove the haters wrong.

Besides being a rapper and content creator on the rise, Ate Icy's keeping busy. The feature says she's working on merch, more content, a jewelry line, a makeup collaboration with Morphe, and a PrettyLittleThing capsule collection. She also looks to spread the wealth through her nonprofit, The Icy Baby Foundation. The nonprofit started with her grandmother assists those in need like single-mothers, low-income communities, education efforts, and people living with autism.