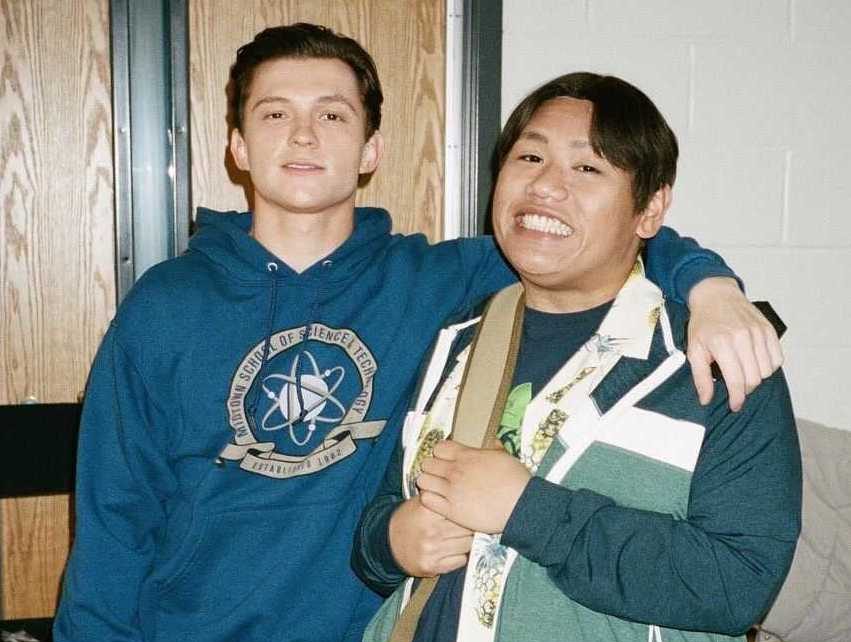 Our Spidey senses are tingling! The official trailer for "Spider-Man: No Way Home" starring Tom Holland, Zendaya, and our own Jacob Batalon released and we're not ready! We'll get to see more of Peter Parker's BFF and "Guy in the Chair," Ned Leeds played by Jacob Batalon. We all have so many questions and aren't quite ready to see this trio hang up their suits yet in what could be the final Spider-Man film with this cast.

No Way Home is action-packed with what could be the intro of the Sinister Six, the polar opposite of the Avengers. And no, there's still no sign if the previous Spideys, Toby Maguire and Andrew Garfield will be showing up to help Tom Holland's Peter Parker save the day. There is one scene though in the trailer that may look familiar... will Peter Parker be able to save MJ in this universe?

A couple months ago, Sony and Marvel released the film's first teaser and Jacob said on social that it's the moment we've all been waiting for and that we're not be ready for what's about to go down! Peter and his friends and family, they all become public enemy No. 1. Since Jacob's character Ned is part of Spidey's clique, he's also dealing with the attention and hate. Ned is also seen in an interrogation room probably answering questions about Mysterio's death and how long he's known about his best friend's identity. December couldn't come any sooner!

Another thing that's killing us with anticipation is whether we will see a Lola in the MCU. Earlier this year, there was a casting call by Project Casting for the role of Lola. The description posted says, "a Filipino or Filipino-American female, 50 to 90 years old fluent in English." At the time, Spider-Man was in production. We can only hope to see Jacob Batalon as Ned interact with his Lola. Maybe she'll be just as funny and become a scene stealer! Could we even see Peter Parker have a traditional Filipino meal?

Jacob Batalon is also starring in the Syfy series Reginald the Vampire which was picked up by the NBCUniversal network and is based on the book series, Fat Vampire. According to his social stories, production is currently underway and he's put on the suit or teeth in this case as Reginald. The book series follows Reginald Baskin who gets turned into a slow, weak, most out-of-shape vampire by his coworker and tech guy Maurice. The story of an unlikely hero will bleed into the TV series.