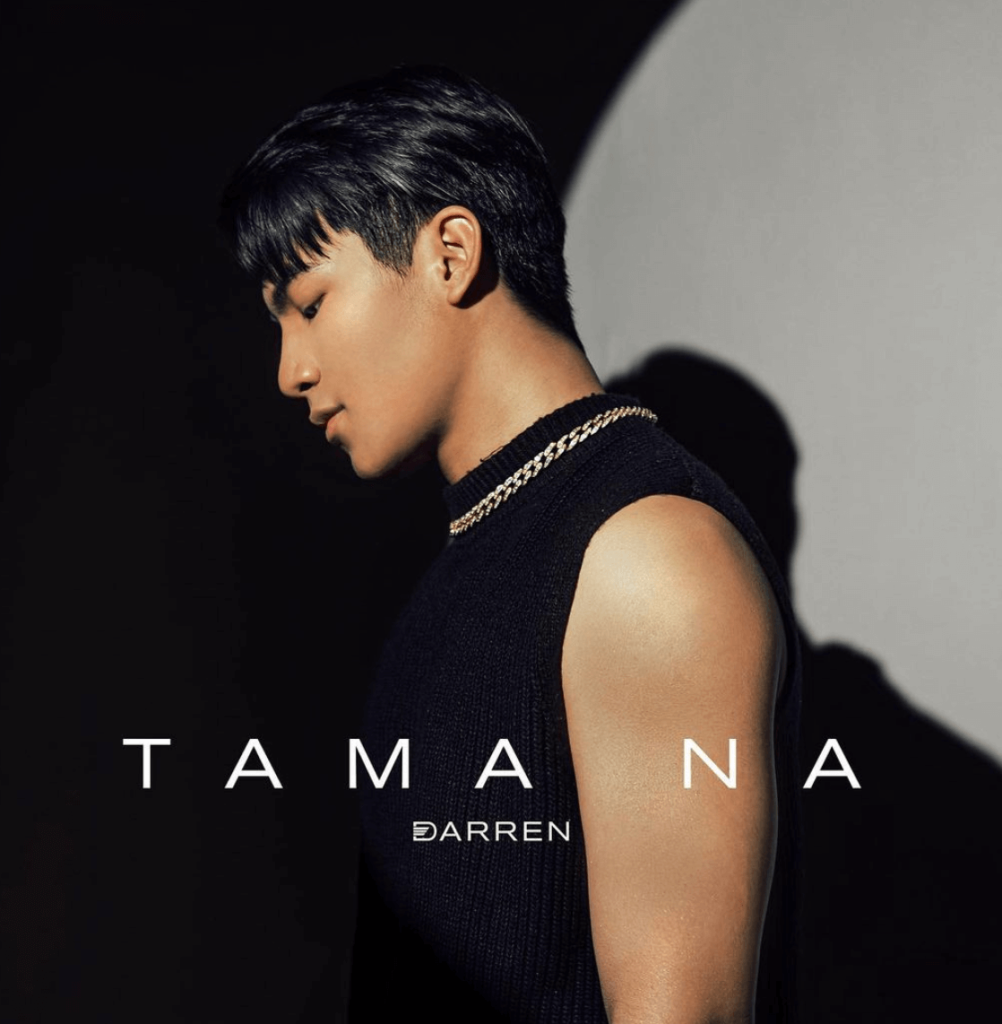 Celebrated pop icon Darren Espanto has officially released his new single “Tama Na," on MCA Music Inc. Now ready to embark on a new phase in his career, the multi-awarded young artist distills pop, hip-hop, and R&B into a modern bop that radio wouldn’t mind spinning at the top of the hour. His latest track is a rhythmically charged tune that approaches the verses with edginess and the chorus with suave.

On top of a smooth, urban-leaning production and trap beats, Darren sings about giving up on the person that used to occupy a special place in his heart. “Ayokong masaktan ulit / Ayoko nang lumuha pa't maging biktima,” the 20-year-old pop sensation drops the bomb on the chorus, finally making sense of the situation that left him hanging for a long time.

“Tama Na” (Stop) is a song about unrequited love and finally finding the courage to walk away from a tedious, one-way relationship, which has done nothing but hurt your feelings. The song’s pitched-up samples, hard-hitting electronic beats, and hip-hop-informed sensibilities propel Darren’s soulful delivery to exciting new places. This gives Darren an extra push to showcase his versatility in terms of tone and appeal, turning his youthful fervor into something that resonates with the general public.

“Tama Na” is the latest collaboration between Darren Espanto and fellow hitmaker Zack Tabudlo, who wrote, produced, and mixed the track. According Darren, it has always been their plan to work together on a project, as he admits being a fan of Tabudlo’s music style and talent. “Last year, Zack told me how he became part of the MCA family and we thought that finally, this would be our chance to work together. In just a couple days, Zack created ‘Tama Na’ and I really liked the song instantly. It’s a sound that people haven’t heard from me before and it’s also a genre I’ve always wanted to try.”

A few months later, Zack and Darren went on a Zoom call to guide the latter throughout the entire recording process. Darren recalls, “It was honestly such a chill session, mostly because a lot of it was us just talking about random things that aren’t even related to the song.”

The song will be out in music video format really soon, and is slated to be part of Darren’s new album. With its aim to chart Darren’s evolution as both an artist and a performer, the upcoming record will be a major shift toward a more contemporary-leaning sound with dance and R&B music influences. It will also serve as his more artistically involved release so far, harnessing his songwriting skills and more.

At the moment, Darren Espanto is gearing up for his virtual concert on June 19—to be streamed live via KTX, get tickets here.

He also made headlines a few days ago when a new set of photos showing his new hunky physique went viral on Instagram. Darren’s new look sheds his teenybopper persona and taps into a more ‘grown’ vibe, marking the celebration of his 20th birthday with newfound adventurousness in style.

In less than a decade, Filipino-Canadian artist Darren Espanto has made an impressive mark in the Philippine music industry with multiplatinum albums, sold-out concerts, acclaimed performances and No. 1 singles under his belt. Darren is considered as one of the most successful Filipino male pop/R&B artists of the last decade, having amassed more than a hundred million streams on Spotify, and more than a hundred million views on YouTube alone.

Known for his incredible vocal chops, stellar stage presence and fresh-faced appeal, he has achieved success not only as a recording star, but also as one of the country’s most sought-after brand ambassadors. He was recently appointed as the first celebrity Youth Advocate for the Sustainable Development Goals (SDGs), and has been actively involved in programs related to climate change, biodiversity conservation, and youth empowerment.

In recent years, Darren Espanto has developed his passion for songwriting and producing, and has been technically hands on in several of his new releases. From one song to another, Darren is relentless in pushing the envelope of pop craftmanship by exploring other music genres, from electronic pop to modern R&B, and everything else in between. He has grown before our eyes from being a youthful crooner with outstanding pipes to finding his own voice and style. In a very competitive pop music landscape, Darren stands out as a refreshing and endearing personality whose music speaks to you on an intimate, personal level.