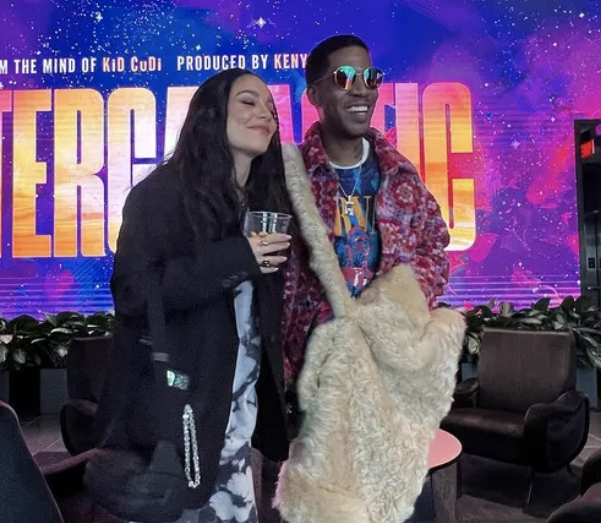 The upcoming Netflix series, Entergalactic inspired by Kid Cudi's latest album is an adult-animated music series. It'll follow Jabari, a young artist voiced by the rapper who's a creative visionary who doesn't take himself too seriously and is the definition of cool. Kid Cudi is joined by a talented cast that includes many well-known actors and musicians like Timothée Chalamet (Dune), Ty Dolla $ign, Laura Harrier (Spider-Man: Homecoming), Jaden Smith, and Fil-Am Vanessa Hudgens. Check out the new teaser and get a feel for the series.

Deadline revealed the voice cast list and their roles. Jabari looks to balance his career and love life as he moves into a dream apartment and meets his new, cool-girl neighbor, Meadow played by Jessica Williams. With a new location, there's new characters Jabari meets including Meadow's trustworthy and pregnant BFF Karina voiced by Vanessa Hudgens.

Entergalactic will include music from Kid Cudi's album of the same name, the series will be a cross of art, music, and fashion all set in the dynamic location of New York. Watch out as it premieres this fall on Netflix.