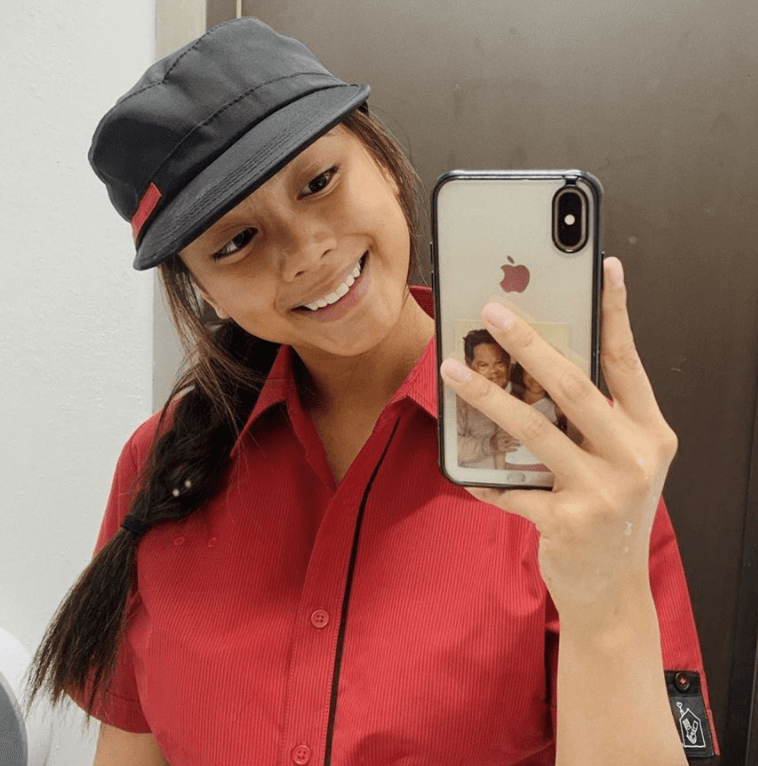 In this myxCLUSIVE interview, the beloved Ylona Garcia, with over 5M social media followers discusses why she decided not only to work at McDonald's during quarantine, but how she is posting about it on social media and loving it. One fan commented that she also worked at the fast food chain and happy that Ylo has been proudly posting about it.

She said "I remembered that even before I was in show business, I wanted to work at McDonald's aka "Macca's" in Australia. I decided that there is nothing wrong about posting about it, social media is a place to feel free to post whatever you want, that represents you and makes you happy. That's the vibe I wanted to create and share with people."

In the full interview with DannieBoi of Wave 89.1FM & myx, Ylona details that she is studying business and working at McDonald's has helped her the various tasks it requires to manage a successful business.

Ylona Garcia, is a Filipino-Australian singer, actress & television personality. Garcia rose to prominence after entering as a housemate on the first part of the second special season of ABS-CBN's reality show Pinoy Big Brother (2015), for which she received the title of "Daldal Darling ng Australia" (Lit. Talkative Darling of Australia) and finished first runner-up at the end of the reality show. Ylona Jade Garcia was was born in Sydney, to Filipino parents, both of whom are practitioners in the medical field based in Australia. She is the third among five siblings. At a very young age, Garcia has performed as a front act for several Filipino singers and songwriters such as Martin Nievera, Sarah Geronimo and Rivermaya's former lead vocalist Bamboo Mañalac during their Australian concert tours. Ylona has also participated in numerous singing competitions and won two notable competitions such as the Urban Star Sydney Championship in December 2014, for which she received the "Most Promising Talent" award in the same month; and Fast Track Australian Singing Competition as part of the junior division in March 2015. Garcia also finished third in the National Urban Star Competition reaping through the "Judges Choice" segment for the "Coolest Artist" and "the artist with the 'wow' factor." In 2015, Garcia auditioned to become a housemate for the first part of the second special season of ABS-CBN's reality television series Pinoy Big Brother, where she passed after showcasing her talents in singing, acting and dancing as well for her "confidence and candid remarks.

On 21 January 2016, Coca-Cola announced Ylona as one of the ambassadors for their "Taste the Feeling" campaign together with Bailey May, James Reid, Nadine Lustre, Maine Mendoza, Alden Richards, Liza Soberano, Enrique Gil, Janella Salvador, and Enchong Dee. In January 2016, Ylona was announced as the "Celebrity VJ" for the month of February for the myx music television network. In 2018, Garcia became a member of the teen pop group ASAP G!. Other members of the group are Isabela Vinzon, Jayda Avanzado, Kyle Echarri, Jeremy Glinoga and Darren Espanto. The group formed in June 2018 and disbanded on November 2018, when the show was reformatted into ASAP Natin 'To. In 2019, Garcia transferred from Star Music to Homeworkz for her recording label.