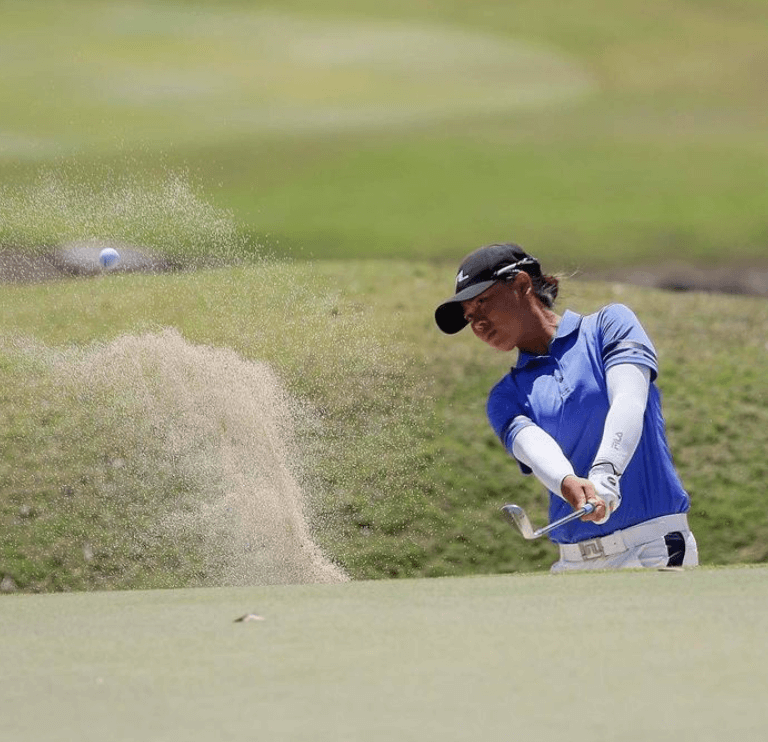 Yuka Saso has won the 76th US Open Championship. This is the first major title for Japanese-Filipino 19-year-old. Saso, who was not yet an @lpga_tour member prior to this tournament was a heavy underdog and unlikely champion coming into the event. Saso comes from Filipino and Japanese backgrounds and she had a wide group of Filipino supporters cheering her on over the weekend as the competition took place in California's Bay Area. According to CNN, "as she rolled in her 10-foot birdie putt to clinch the momentous victory on the playoff's third hole, Saso became the first Filipino to win a major in men's and women's golf." She's not only the first Filipino to win in major golf competition, Saso's historic win also makes her the youngest champion in this major women's competition.

This victory not only makes her the first Filipina to win the U.S. Open, but at 19 years, 11 months, and 17 days, this also tiers her with Inbee Park the youngest champion.

ABS-CBN News spoke to Yuka Saso after her historic win below:

In an article from ABS-CBN, Saso thanks all the Filipinos for their support. "Sobrang malaki po 'yung pasasalamat ko sa kanilang lahat sa pagpunta po dito. Alam ko na hindi po madali kumuha ng tickets, madaming tao, kailangan po nila makipag-siksikan," she said. "Maraming salamat po. Ang dami niyo pong binigay sa akin na energy, salamat po." ("I want to say a big thank you for everyone who came. I know it's not easy to get tickets, there's lots of people and it's a tight squeeze. Thank you. You all gave me the energy, thank you.")

Although she was in a tough competition, when it was all over Saso is like any other teenager at heart who just happened to win one of the biggest golf accolades. Post-competition, she's seen playing Jenga with other players and enjoying a great time in her life. Saso just admired the Harton S. Semple trophy and couldn't believe it's hers. She joked, "do I get this trophy at home or do I get a different one?" Saso is a young superstar who looks to be someone kids can look up to as she was in their position just a few years ago. Congratulations all around!