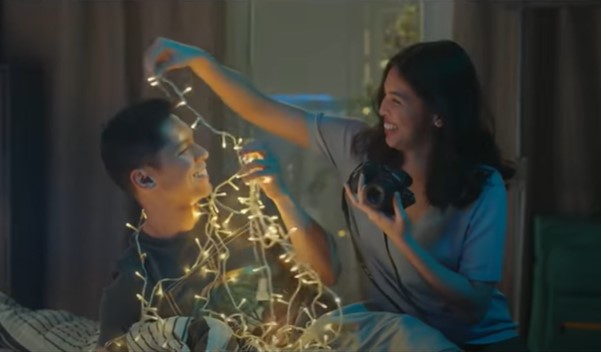 Apr 2022 Movies To Enjoy at the MYX Box Office

1. CRAZY BEAUTIFUL YOU - Sometimes, though we don’t expect to find love, it’s the one that finds us. In “Crazy Beautiful You,” we are introduced to Jackie (Kathryn Bernardo), whose rebellious spirit forces her mother (Lorna Tolentino) to take her in a medical mission in Tarlac in hopes that she’d turn for the better. There, Jackie meets a jolly lad named Kiko (Daniel Padilla), who will make sure she gets all her tasks done. In the middle of his mission, he and Jackie will discover something crazy… and beautiful.

2. MY CACTUS HEART - Sandy Makalintal (Maja Salvador) does not believe in soulmates. It all began when her parents’ marriage broke down. She swears off love and the promise of forever. Despite her numerous suitors, she always find reasons to reject them. Her friends label her as the woman with a heart full of thorns. Men are advised not to go near her or they will feel the pain of her heart’s rejection. Carlo (Matteo Guidicelli) always believes in finding soulmate, the one true love. His mother who dies giving birth to him is the only woman his father loves. He believes that just like his father he will also have his one and only love. He currently works as a waiter for Mrs. Makalintal’s catering business, though his true passion lies in playing music with his band at night. The moment Carlo and Sandy meet, Carlo gets immediately stricken by her and decides to pursue her. However, Sandy stands firm in her belief that love will only hurt in the end and so she rejects him, repeatedly. But Carlo does not take no for an answer. Despite everything his friends warn him about Sandy, he believes that he can make her fall in love with him. Slowly, Sandy starts to realize that Carlo might be her soulmate. Her heart’s protective thorns start to fall off when she finally agrees to go on a date with Carlo. But it is also at her most vulnerable moment that she learns, Carlo may not stay with her forever. In the conflict between succumbing to love and running away from it to save herself, Sandy eventually realizes that her fears obstructs her from experiencing true love. Will she finally give herself a chance to make her own happy ending?

3. A SECOND CHANCE - In the continuation of Popoy (John Lloyd Cruz) and Basha’s (Bea Alonzo) love story from “One More Chance,” we find the couple walking down the aisle and vowing to love each other “forever and ever.” “A Second Chance” explores realities and intricacies in Popoy and Basha’s married life. We find Popoy as a failed achiever, struggling to keep his business and self-esteem intact, while Basha has given up so much in her life to keep their marriage together. Witness how Popoy and Basha will fight, hope, and live for “A Second Chance,”

4. ISA PA, WITH FEELINGS - An aspiring architect (Maine Mendoza) falls for her deaf neighbour (Carlo Aquino), and he teaches her basic sign language as they grow closer despite their differences.

5. LOVING IN TANDEM - "Loving In Tandem" follows the story of Shine (Maymay Entrata), a positive and determined girl who will do everything for her family. She meets the balikbayan Luke (Edward Barber) in the most unusual circumstance and later on finds herself experiencing various stages of love – as they get closer. With a bit of a language barrier getting in the way (or not, really), the two accidentally put themselves in an awkward (but nonetheless, kilig!) situation when Luke announced in their entire barangay that Shine is his “JOWA." Will the language of their hearts triumph over whatever differences Shine and Luke have? How will they change each other’s lives?