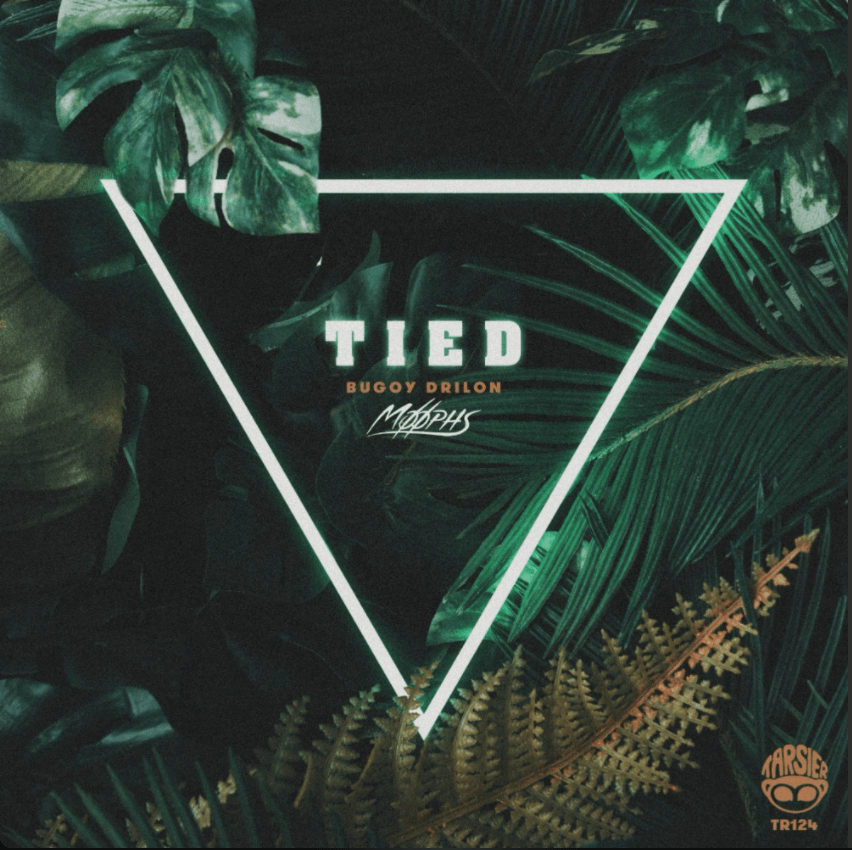 Philippines based, R&B & Reggae artist Bugoy Drilon pairs up for the first time with island pop producer & Tarsier Records Founder, Moophs, for a venture into the lovers rock genre. “Tied” is a reggae track that speaks of hope amidst unrequited love. Though it seems to sit at the sunny and bright side of reggae, the lyrical theme belongs to that of one-sided love left with hope for a new day melded in a remarkably infectious melody. A futuristic music video about love that cannot be is in the works. “Tied” by Bugoy Drilon  and Moophs drops on all digital streaming platforms on the 8th of January, 2021. Stream it now all on streaming platforms here.

“The story behind “Tied” was inspired by an online love story of two people apart. Sadly, the relationship didn’t work out as expected. If you listen to the lyrics closely, it’s actually a sad song, but a hopeful one. Being ‘tied’ describes exactly how it feels when someone you made memories and shared moments with suddenly becomes a stranger. You feel tied to those memories but you have to respect the distance they need. It can be painful to experience, but you have to hold on to hope that everything happens for a reason.

I’m thankful and happy because my friend Kenji helped me write about that experience, and Moophs made it come to life. Working with Moophs, I really learned a lot. He’s a producer but he also knows his way around different instruments. He taught me and guided me working out the harmonies in an advanced level. It was the first time we worked together too, and overall the experience was chill, and we were both just very happy to be doing the project." Bugoy Drilon on “Tied” and working with Moophs

"Working with Bugoy Drilon was amazing! I'm such a fan. He's one of the most talented singers to ever step into my studio. I've been wanting to work with the guy for some time and the whole process was great, front to back. He's easygoing, humble, kind, and just massively talented. He's also a perfectionist with his craft which I truly respect and identify with. I can't wait to do more with him.

For what inspired me in the production, I gotta call out 2x GRAMMY nominee Hawaii-based reggae producer Leslie "Bimwala" Ludiazo (originally from Central Africa) on this one. He did a Bimwala remix of Inigo Pascual's single, “Catching Feelings,” that I produced in 2019. I mixed it for him so he sent me stems. Once I loaded them up in my DAW and started working with them, I was shocked at how moved I was by the music. I've heard reggae throughout my life, but for some reason, this time it really just sunk in. I think it's partially because of how skilled a musician and producer he is (have never heard it done to that level of quality or creativity), getting to hear the individual layers and how it's put together, and just how shitty this year has been - really gave it the context of being an absolute mood booster for me.

That was a few months ago and since then I've been listening to mostly reggae. It just puts me on the beach with a beer in hand, which is something I haven't done in a year and miss traveling through our islands or nearing cities like Bali sorely. This song has that same healing energy. I think I'm also just at a point in my life with so many responsibilities and things to worry about that that feeling is what I want out of music. So his influence and the experience of mixing his music played heavily into this song. I made the first draft of this tune shortly after that project so the vibe was fresh in my head. I learned a lot from that. I would seriously consider dropping everything and moving to Hawaii to be a reggae producer if that were a viable option in my life right now. There are a lot of similarities with the vibes and music with the Hawaiian and Philippine Islands that we are discovering in our music." Moophs on “Tied”, working with Bugoy Drilon for the first time, and being inspired by 2-time GRAMMY nominee reggae producer, Leslie “Bimwala” Ludiazo