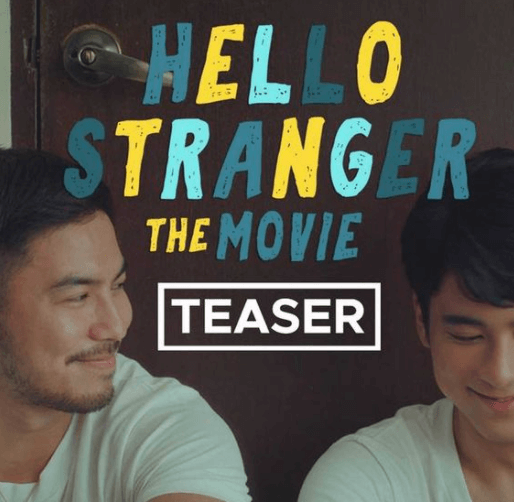 Hello Stranger is a a popular 2020 BL Philippine web series starring Tony Labrusca and JC Alcantara. Amidst the lockdowns due to the COVID-19 pandemic, two college boys cross paths for a school project. Mico (JC Alcantara), a nerdy college student gets to partner with the star basketball player Xavier (Tony Labrusca). Despite their stark differences, the two boys get to form an unlikely bond that goes beyond friendship through their several online interactions.

Directed by Petersen Vargas and produced by Black Sheep Productions, the series premiered on YouTube and Facebook on June 24, 2020.  It concluded on August 19, 2020 and is available for streaming on iWantTFC or binge-watch the whole 8 episode season here on MYX.

The #XavMi craze continues as a writing camp takes the virtual kilig to the real world in a new "Hello Stranger" movie. Come and join the old gang, along with exciting new characters, as they celebrate youth and all forms of love this Valentine's Day on IWantTFC & KTX.PH! Watch the trailer below:

Been under a rock and haven't seen the BL hit series Hello Stranger? Watch the first episode of the Black Sheep's BL digital series below. You can also binge-watch the entire season here.

SYNOPSIS: When Mico organizes an online quiz night with his barkada, he is surprised when the school's popular basketball player, Xavier, joins in and insults them. Little does Mico know that this won't be the last time he'll be seeing Xavier.

Here's the In Studio version of "Kahit Na Anong Sabihin Ng Iba" (No Matter What Others Say) by Tony Labrusca and JC Alcantara from the Original Sountrack of Hello Stranger. Patrick Quiroz also covered the song here.

See the full cast of Hello Stranger below:

Hello Stranger the movie will be released on Valentine's Day, February 12, 2021 on IWantTFC or KTX.PH.

Black Sheep is the newest brand of ABS-CBN Films. Home of fresh & fearless films meant to be seen and herd. No boundaries, just vision.