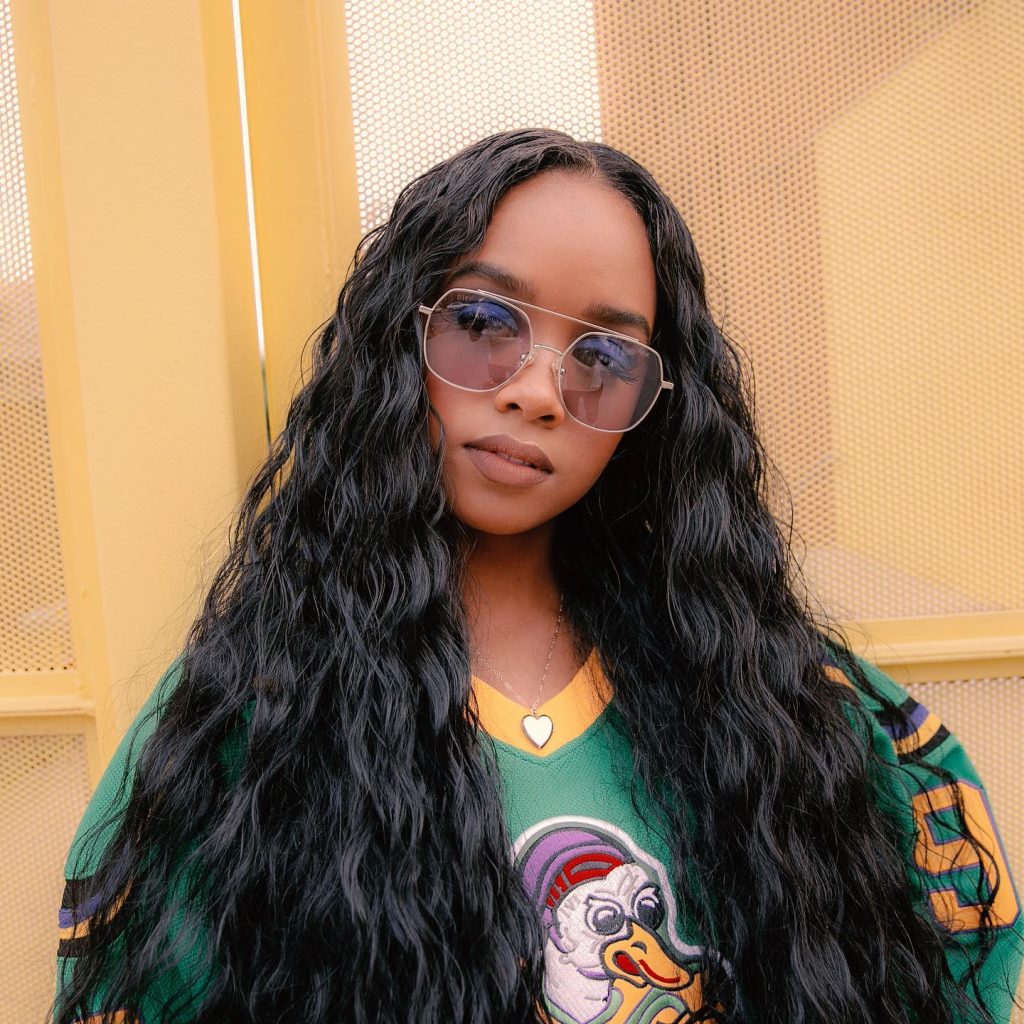 H.E.R. is juggling a lot these days from going back on the road for the "Back of My Mind Tour" starting this fall to just announcing her own line of shades with DIFF, but this multi-talented artist now adds a major film, "The Color Purple" to the roster. We all know she already has an Oscar and a Grammy, can she join the likes of John Legend and go for the EGOT? If anyone is up for the challenge, H.E.R. is ready!

"The Color Purple" won't be H.E.R.'s first time on-screen. We caught a glimpse of her acting chops on Netflix's "Yes Day," but now she joins the cast for a musical remake of the original 1985 film. She'll be taking on the role of Squeak, "a junkie joint waitress to an aspiring singer" in the upcoming adaption. The role was originally played by Rae Dawn Chong.

The 1985 film based on the Pulitzer Prize-winning 1982 novel by Alice Walker is a coming-of-age story that starred Danny Glover, Oprah Winfrey, Whoopie Goldberg, and Margaret Avery directed by Steven Spielberg. The story centers on a woman named Celie Harris and tracks her life-long struggles as an African American woman living in the South during the early 1900s. According to Variety, the new adaption will be directed by Blitz Bazawule for Warner Bros and Oprah and Steven Spielberg as producers.

H.E.R. is already an Oscar winner for best original song with “Fight For You” in “Judas and the Black Messiah” and she has four Grammys under her belt. So talks of an EGOT is only natural, but we're just so excited to see H.E.R. on the big screen soon as she's going to nail it as Squeak.

If you want to see H.E.R. before her major film debut, catch her performing at Lights on Festival this September or in October on tour with Tone Smith! Tickets are on sale now!

Also, if you're feeling H.E.R.'s vibe, check out the signature collection of H.E.R. x DIFF sunglasses and frames that features 10 styles and special trifold case + glasses cleaning cloth. Three new colors just dropped so there's a color for every one of your moods!

Check back soon for more details on H.E.R. and "The Color Purple."