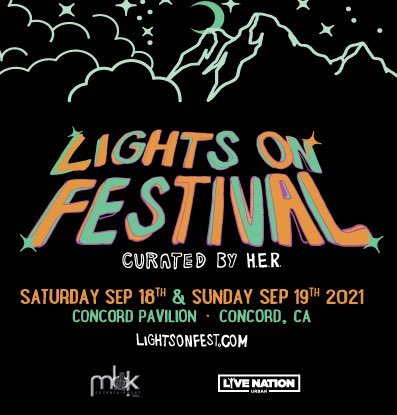 Lights on Festival Lineup Curated by H.E.R. is Set

H.E.R. announced the lineup for the second Lights On Festival in Concord, California on September 18-19th that includes a superstar roster. Artists included in the lineup are Bryson Tiller, Ari Lennox, Ty Dolla $ign, Lucky Daye, Masego, Kiana Ledé, Keyshia Cole and more! Erykah Badu is co-headlining the festival along with H.E.R plus more artists are going to be announced. Check out the official announcement on Twitter!

H.E.R. just performed at the 2021 BET Awards and released a new album Back of My Mind. Given the success of the first run of the festival in 2019, it has been expanded to a two-day festival instead of one. According to Hypebeast, tickets are on sale right now via the Lights On Festival website. A portion of the proceeds from the ticket sales will go towards the GRAMMY Museum and MusiCares.