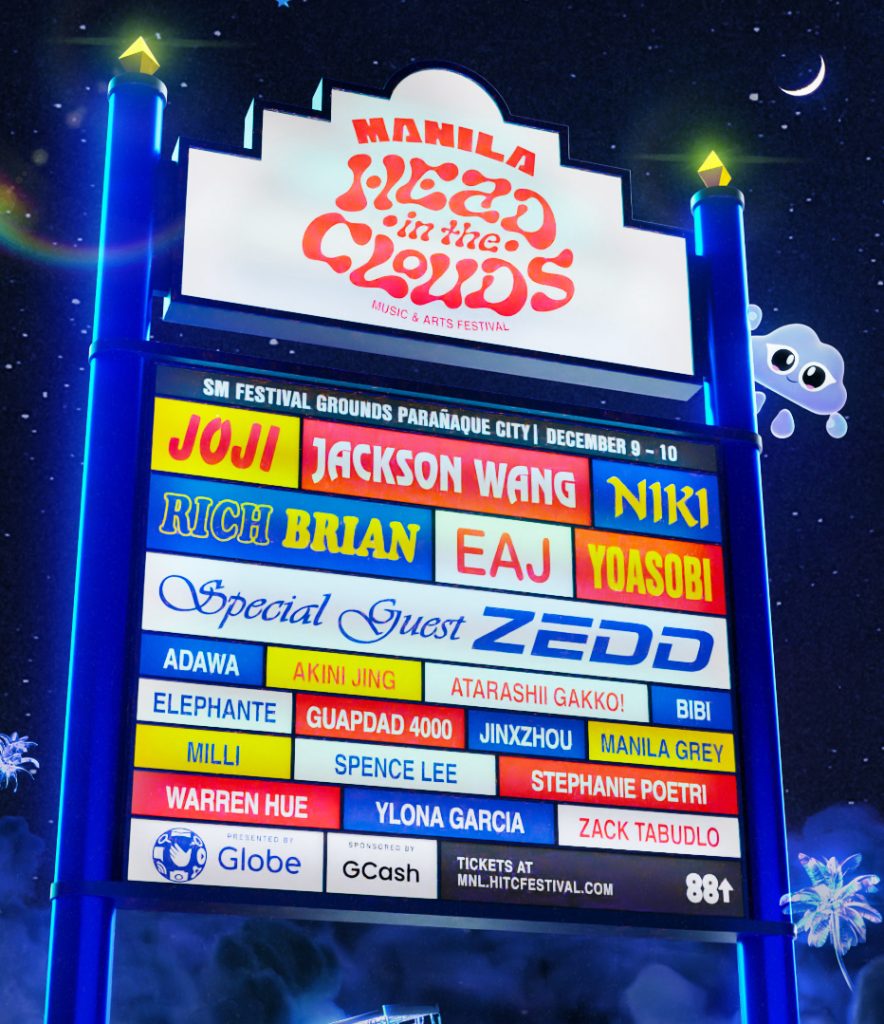 88rising, the pioneering and internationally-renowned music and media company amplifying Asian talent and culture, and Live MNL announced the 2022 Head In The Clouds Music & Arts Festival lineup in Manila. From December 9th through 10th, one of the biggest events of the year is taking place at SM Festival Grounds Parañaque City. Grab your tickets starting Wednesday, October 5th at 10am Manila time. 2-day GA passes are priced at Php 12,888 and 2-day VIP passes are Php 15,888.

So if you're wondering who's coming to Manila as part of the HITC lineup, you'll see a few of your favorites from headliners Joji, Jackson Wang, NIKI, Rich Brian, eaJ, and YOASOBI to also live performances from BIBI, MANILA GREY, Warren Hue, Ylona
Garcia, GUAPDAD 4000, ATARASHII GAKKO!, MILLI, Zack Tabudlo and many more. If that wasn't enough, check out special guest Grammy-winning hitmaker and  electronic producer ZEDD.

Last month, Head In The Clouds hosted 70,000 people over two days at Brookside at the Rose Bowl in its fourth year in Los Angeles, California. 88rising earlier announced Head In The Clouds Music & Arts Festival will travel to Indonesia later this year, marking the debut of the festival in both Indonesia and the Philippines. “I am so excited to perform at the inaugural Head in the Clouds Manila. I missed y’all and it’s time to bring it to the Philippines,” says headliner Rich Brian.