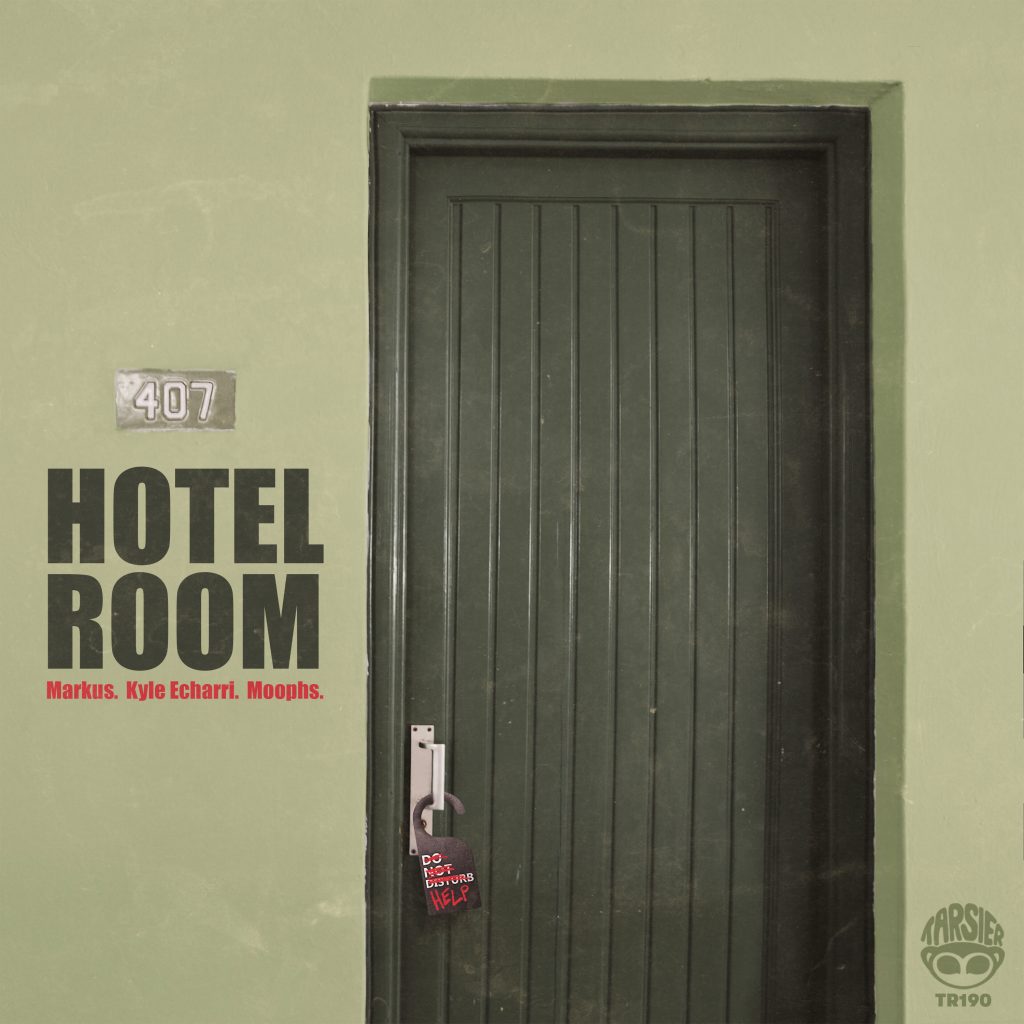 Tarsier Records is back with a new banger! “Hotel Room” is the first-ever collaboration between Markus, Kyle Echarri, and Moophs. The track has a deep RnB vibe, combining soulful lyrics and vocals over a neo-soul beat.

The three artists shared their personal takes on the inspiration behind the song in a press release.

According to Markus: "I wrote “Hotel Room” about a specific time in my life when I was trapped by vices and surrounded by the wrong crowd. Looking back on it, I’m proud of myself for getting out of that hole, and out of it came a pretty alright sounding song. I think it’s the best time to release this song because I’m a responsible father now, and it’s a reminder of who I was, not who I am now.”

Kyle Echarri added his thoughts on the personal record, “It’s my first time releasing something that is this personal - on this level / this kind of emotion, so I’m hoping they understand the lyrics the same way we want to portray it. I feel like releasing this now is not just because Markus and I have been wanting to write a song together for a while now, but because I feel like a lot of people go through these kinds of hard times.”

Last but not least, Moophs discussed his part in producing the record: “This is the first of what is hopefully gonna be a series of songs. Markus wrote a song and sent me a voice note, I produced a beat around it and Kyle penned a second verse and hopped on the track! Their songwriting chemistry together in the studio is magical. Originally, it was all acoustic guitar but Markus really wanted the electric sound layered in and I used those combined with my own experience producing neo-soul tracks to arrive at the final product.”

Check out the lyric video below and stream “Hotel Room” HERE!