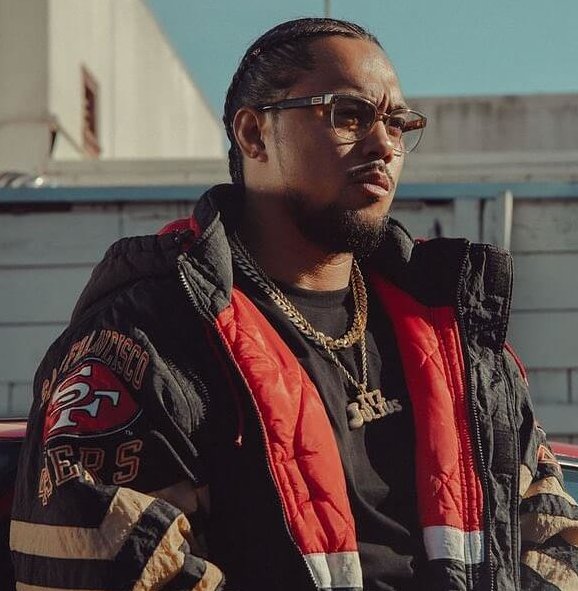 MYX Global had the chance to chat with #HowManyChallenge Winner, Itz Julius. His entry for the challenge took the top spot, watch it below:

As an upcoming artist, we got to know more about this multitalented creative. Get to know Itz Julius and how he created his #HowManyChallenge entry, what his musical process is, and what's coming up for his music.

Tell us a little bit about yourself, where are you from and how did you get your start in music?
ITZ JULIUS: I’m a Filipino/American artist/producer/songwriter & engineer out of the Bay Area. I grew up in a city named Bay Point (formerly known as West Pittsburg) about 30 miles Northeast of Oakland. I got my start in music in 2006. I had just got out of Juvenile Hall and began producing and recording songs for my friends that rapped. They would occasionally ask me to sing on hooks and write verses and that’s when I began my journey as an artist.

You’re based in the Bay Area, how has the culture influenced your music?
ITZ JULIUS: The Bay Area has definitely influenced my music. I started doing music when the Hyphy Movement was making its way to mainstream radio. I remember listening to local producer, Traxamillion, and dissecting what he would do with his beats. His drum kits were a staple of the Bay Area sound when I was growing up. Now we have artists like P-Lo and Kehlani who have made a big impact on my sound as well.

What’s your musical process like, do you have any rituals when you record music?
ITZ JULIUS: I would say my musical process is very “spur of the moment” and so random that I don’t really have a ritual. I usually start off with playing a chord progression, and once I find one that I vibe with I’ll start laying the chords. Once I get the progression and sounds that I like, I’ll usually start humming melodies and then add the drums when I find the cadence that I feel compliments what’s there. Finally, when I get the drums, chords and melody in the pocket, I’ll record a scratch vocal and then the writing process begins.

My favorite part of my process is when I get to start mixing. I think it’s one of the most crucial elements of a hit record. You can have the catchiest song, but if it doesn’t sound right sonically, then you don’t really bring the true life out of the song. Something as subtle as a delay or reverb tail can add so much to a section of a song.

How did you put together the verses for the #HowManyChallenge? Where did you draw from?
ITZ JULIUS: Putting together the verses for the #HowManyChallenge was just me having fun. I wanted to create something that still had the same bounce that Guapdad 4000 had in the original track, but I wanted to change the subject. There’s been a lot of music I’ve heard recently that portray men as being very vulnerable when it comes to what women can offer physically, especially with social media and all of the thirst traps. I also wanted to touch on how it’s been used to gain clout, but ultimately there is still something left to be desired.  I wanted to write about the subject from my point of view on what I feel has been going on.

How was it working with director Marlo Custodio for the music video? What was your initial vision?
ITZ JULIUS: Working with my brother Director Marlo is always a great time.  He’s always professional and creates an environment on set that makes you want to bring your best artistry out.  The initial vision was to represent the Bay Area and create an aesthetic that the viewers would be wowed by.  We didn’t get to get some of the shots we originally intended to, but I think we got to give a taste of the Bay, showcasing the talent of sideshow legend, Sideshow Tone.

I saw on Instagram, you performed on the USA Wish Bus, what was that experience like?
ITZ JULIUS: Performing on the Wish USA bus was super exciting.  I was able to bring my brother Director Marlo along for the experience, and he was able to capture some BTS footage. My Kuya Elvin (Audioneer) and his wife Dorothy pulled up and were able to join in on the experience as well! The interview segment was probably my favorite part of the experience, we got to touch base on some things that I usually don’t get to talk about.

I was so anxious when I first got on the bus, but after the sound check, I pretty much settled in and had fun. Very big shoutout to Jenn Clemena for playing the guitar for me that day! There were big vibes for sure with her playing live. The Wish crew was very accommodating and made the experience pleasant. I’m looking forward to hearing and seeing what we created that day.

Can you tell us about the Whoroscope project? How different is it writing a score compared to your own music?
ITZ JULIUS: The Whoroscope project was a whole new kind of experience. Director Marlo hit me up one day and asked if was interested in creating a score for the intro of the video. Prior to this I had never done a score, so navigating around how to build a composition using time code was the biggest hurdle.

The biggest difference in writing a score compared to producing my own music is probably the fact that there isn’t a constant tempo, and there is a lot more dynamics.