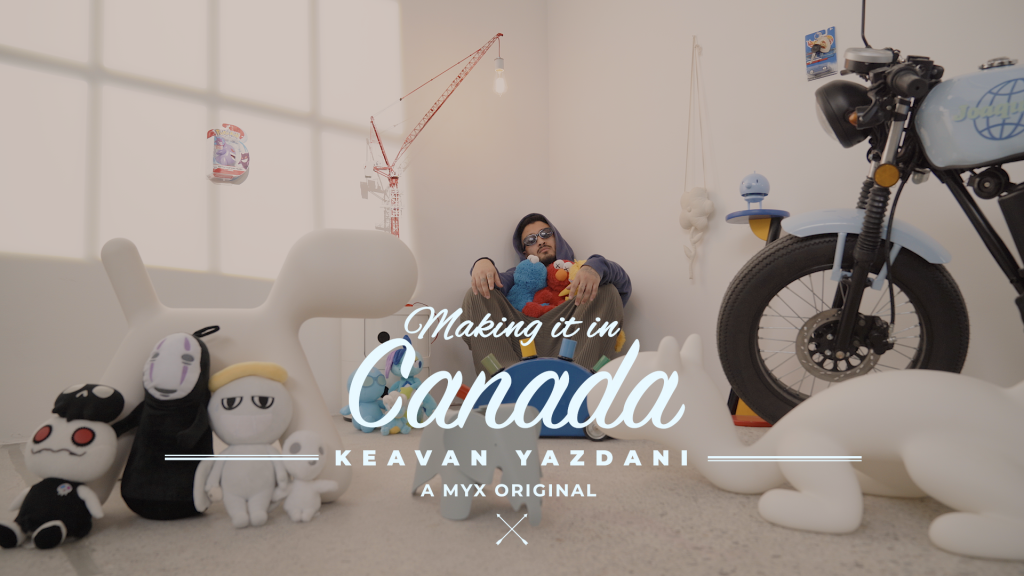 Keavan J. Yazdani is a JUNO & GRAMMY-nominated multidisciplinary visual artist from Toronto, Canada. Born to a Persian father and Filipino mother, influence from both of these cultures was prevalent in his youth, which left a lasting impact on his approach to creativity and art. He has done creative direction for GRAMMY award-winning artist, Daniel Caesar & has also worked with such artists as Koffee, H.E.R, Brandy, Sean Leon, River Tiber & Justin Bieber. As of late, he has started expanding his brand, JOAQUINA (named after his Lola - grandmother in Tagalog) as a creative outlet for his design endeavors. Keavan has recently opened a new studio in Toronto, dubbed Toy Store Studio, that will soon be open for people to utilize for their own creative projects. See Keavan’s story and get an inside look into his journey as a creative and artist through the lens of his mother and himself on this episode of “Making it in Canada.”

Keavan just walked the red carpet at the 2022 GRAMMYS as he was nominated alongside Justin Bieber for his work on the hit single, "Peaches," that was nominated for "Song of the Year." JB performed a special slowed down version that night with his co-songwriters in the crowd and on stage with him.

Make sure to keep up with Keavan on his Instagram @keavanx and follow his affiliate accounts, @toystorestudio, and @joaquina.world to keep in touch with what he is working on. Watch the FULL episode below:

See the trailer below:

About The “Making It In” Series: