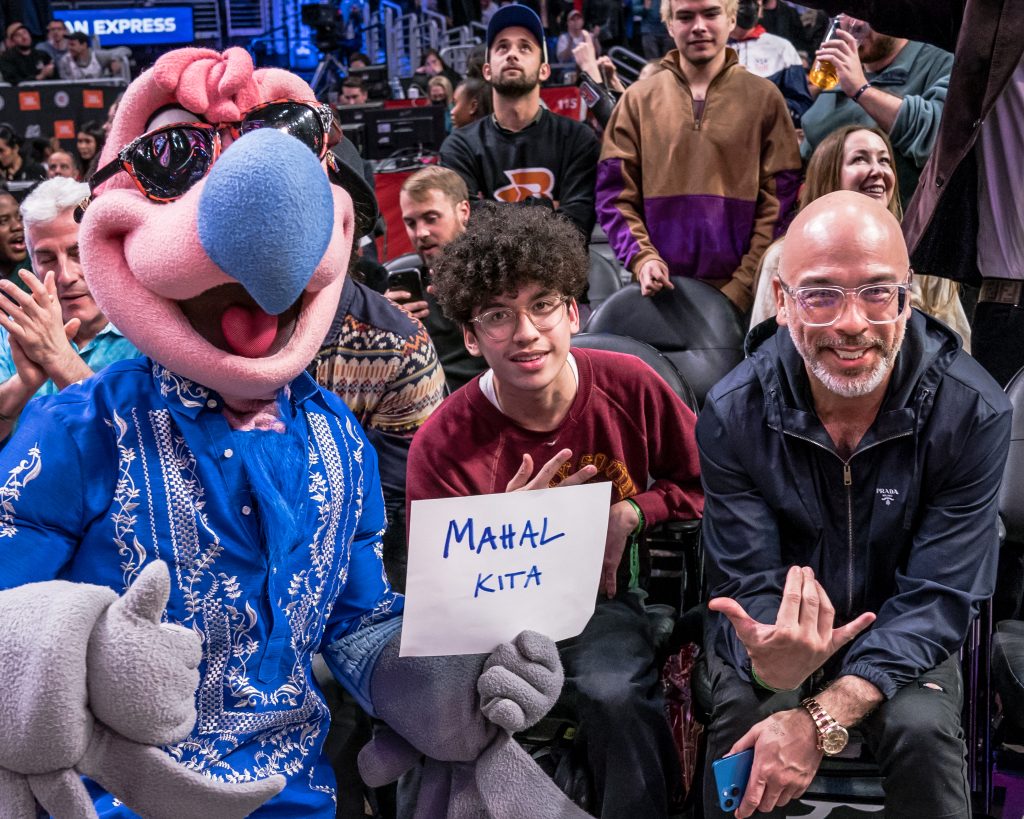 MYX partnered with LA Clippers for their annual "Filipino Heritage Night," that is known to be one of the biggest heritage nights in the NBA with past featured guests including APL of the Black Eyed Peas, Inigo Pascual, JReySoul and many more. Once again, thousands sold-out the exclusive group sale package that included a custom Filipino themed jersey to fill the arena while they played against Fil-Am player Jordan Clarkson and the Utah Jazz. Although they struggled with a huge deficit throughout the game, in the 4th quarter the Clippers pulled off an amazing win and left everyone in good spirits.

Watch the highlight video of the event below and see a photo gallery HERE.

Fresh off his sold out back to back shows at The Forum while taping his 4th Netflix special, Jo Koy made a surprise appearance and was thanked by Clipper Nation host Hannah Cormier for his commitment to being a voice for his community. He talked about his upcoming "Easter Sunday" Steven Spielberg movie coming out 8/5 and ABC TV show "Josep" coming soon, both are based on his family life that fans have loved hearing about for 20+ years in his stand up.

Jo was joined by his son Joseph Herbert and sat courtside while also participating in a T-shirt toss with long time friend/collaborator singer/songwriter AJ Rafael and Philippines viral rapper Ez Mil. Jo told Ez that he was a fan of his music and Ez felt blessed to hear that from the icon.

Black and Filipino GRAMMY nominated rapper and producer Guapdad 4000 performed at halftime his hit singles like "I Need Bands," "Costa Rica," "Money" and premiered a new track called "Black Iverson," that will be released soon. Guap thanked his Filipino fans before performing his song "Chicken Adobo," which pays homage to the Filipino food dish made with love.

Philippines King of R&B Jay R stunned the crowd with an original take on the National Anthem, where you can hear people cheering through the various parts of the song. Fans of all ages stopped Jay R throughout the arena to greet him including his old friends in highschool when he lived in Glendale, CA. Jay R was joined by his wife, Mica Javier.

JUNOS nominated Fil-Canadian comedian Keith Pedro joined a T-shirt toss with Ez Mil and entertained the MYX & So Cal Filpinos crowd that were able to gain early access to the pre-game warmups by purchasing on our exclusive link.

The Clippers team added various Filipino touches to the game including a "Finish the Lyric" karaoke contest where Filipina child singer Bailey took home the prize after a special rendition of "Truth Hurts" by Lizzo, she did such a great job ESPN had featured her after the event on their Instagram. Clippers mascot Chuck the Condor came dressed in a Barong Tagalog and held up custom Tagalog signs throughout the evening before performing as Bruno Mars on the court.

Other activations continued throughout the arena as Ez Mil hosted a dance cam with DJ Dense. Tremendous Communications celebrated their 2 year anniversary in a Hyde suite alongside various Asian and Filipino executives in TV, Film, media & music. The community basketball group, the B-Ball Junkies, owned by Filipino American Rob Hernandez hosted a post-game tournament after the game on court where special guests like Frankie Yatingpay of Amazon Music, Marisa Pizaro of Def Jam, Jeremiah Abraham of Tremendous Comm, Dino Ray, Keith Pedro, Ez Mil and family joined after for photos and shoot-arounds.

A jam packed night that left everyone wanting more. Stay tuned for more Filipino Heritage Nights to come, produced or promoted by MYX at www.myx.global/filipinoheritagenight.