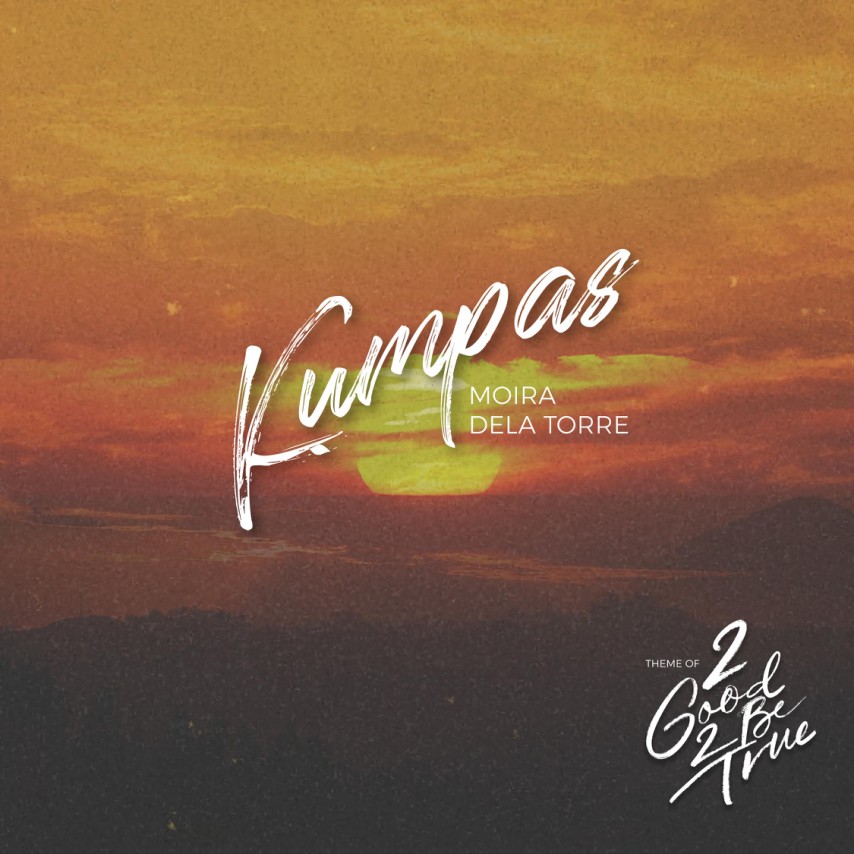 Moira is back with a new single "Kumpas" that's ready to warm your hearts and set the mood for Kathryn Bernardo and Daniel Padilla's new series "2 Good 2 B True." The song not only serves as her comeback single but also as the theme song for the series. In fact, the song wasn't just inspired by the series but by the real-life love story of Kathryn and Daniel.

“This wasn't just based on the synopsis of ‘2 Good To Be True’ but on the documentary of KathNiel,” revealed Moira at the “2 Good 2 Be True” grand media conference where she first performed the song. “It was really made for KathNiel and ‘2 Good To Be True.’”

Released under Star Music, the song talks about someone special being one’s ‘compass’—her guide when lost, the bright hue in shades of dullness, and her savior amid every storm. “2 Good 2 Be True” will be streaming on Netflix beginning May 13, on iWantTFC starting May 14, and on Kapamilya Channel, Kapamilya Online Live, A2Z, Jeepney TV, and TV5 beginning May 16.

Get ready to get in your feels and listen to the OST below.