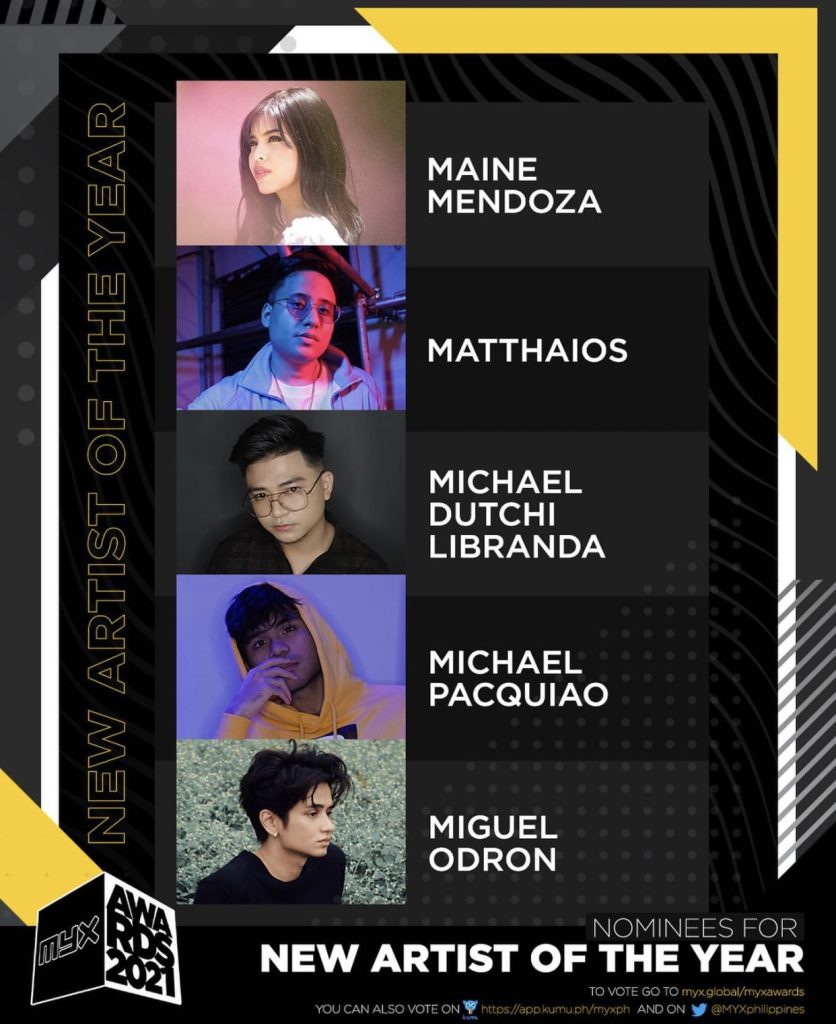 Maine Mendoza
In 2016, she wrote and interpreted the song, Imagine You and Me, the theme song for a movie of the same name. The instrumental was done by Eat Bulaga co-star Vic Sotto with arrangements by Jimmy Antiporda. In 2018, Mendoza signed with Universal Records and shortly released an album after being signed.

Matthaios
Jun Matthew Brecio know by his artist name, Matthaios is a music producer turned artist. He owns a record label called, Offended By Passion. He started his rapping career by singing a lot of Filipino songs. He has also released a few English rap songs like I Want You Back and No Cap.

Michael Pacquiao
Michael has steadily been gaining traction in the music industry with his original material. One of his earliest tracks Pac-Man was released on his Youtube channel and doubles as an ode to his dad, Manny Pacquiao. Since then, he's also released his first album, Dreams which has a total of 11 tracks.

Miguel Odron
Miguel joined Idol Philippines and made it to the round of the Top-5 contenders in the singing competition. He thinks of himself primarily as a songwriter who just happens to sing. He is signed with Tarsier Records, the same label as Inigo Pascual. His latest release is Lost In Love.