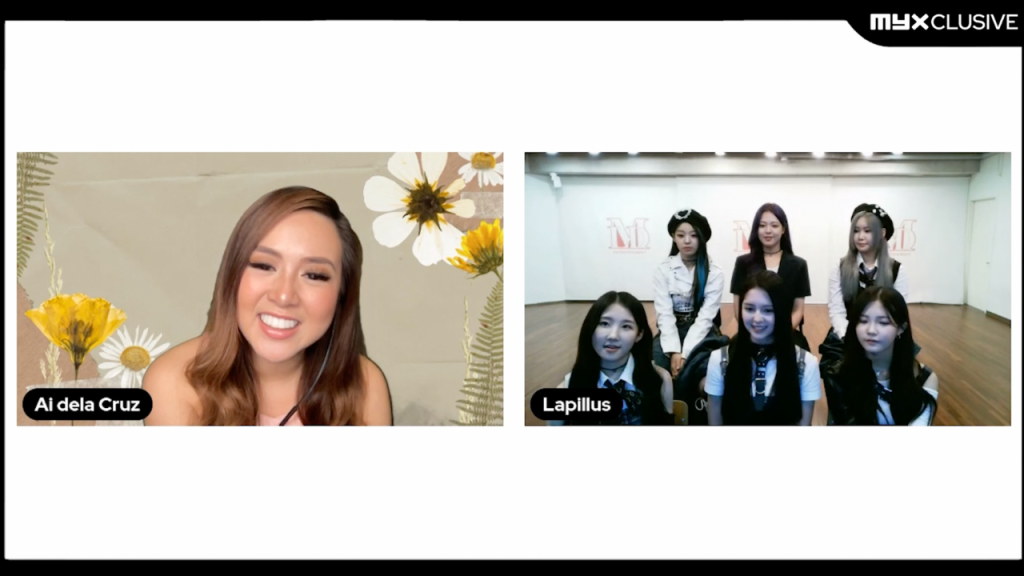 MLD Entertainment has officially debuted their second girl group Lapillus. The six-member girl group has a mixture of global Asian talents, including Bessie, Seowon, and Haeun from Korea, Chinese-American Yue, Shana from Japan, and Filipino-Argentinian Chanty. You might remember Chanty, also known as Chantal Videla, a former Kapamilya Actress.

Lapillus is from the same company as hit girl group Momoland. Their debut single music video for "Hit Ya" is currently trending on YouTube and has garnered over half a million views in less than 24 hours. VJ Ai of MYX got to sit down with the freshly debuted group on an episode of MYXclusive. Get to know Lapillus even more and check it out below.