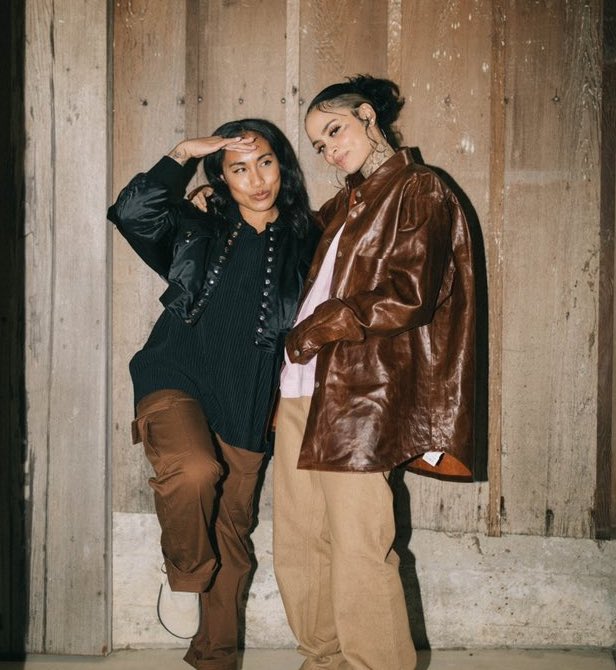 Noodz Performs with Kehlani at Made In America Festival

Micah Mahinay aka NOODLES aka NOODZ hit the stage with R&B artist Kehlani at the "Made in America" festival in Philly over the Labor Day weekend. If you didn't already know, NOODZ she was born in San Francisco and raised in Hayward, CA. She's been the resident DJ for major tours with Kehlani. They both performed and rocked the stage which had them trending on Twitter over the weekend! "Made in America" is a weekend festival that continuously hosted live music from a wide range of genres including hip hop, rock, pop, R&B, and EDM.

Check out a backstage photo NOODLES shared on social!

The MIA festival was founded by Jay-Z back in 2012 as a way to bring together music and culture. The three stages: Rocky, Liberty stages, and Freedom tent are the hosts for various artists. The first show brought out 80,000 people to see Jay-Z perform "99 Problems." The festival not only featured music but also vendors, food trucks, carnival games and more!

From a large Filipino family, she recalls the pressures that many Asian American kids face: a family that demanded success. Branding herself NOODLES, Micah Mahinay gained on-the-spot experience by playing clubs and events around the Bay. Music manager David Ali began helping NOODLES book gigs during her time earning a bachelor’s degree at San Francisco's Fashion Institute of Design & Merchandising.

After graduation, NOODLES was hired as Head Stylist for top streetwear retailer Karmaloop. Moving to Boston, she continued to perform in bars and clubs. NOODLES eventually transferred to L.A. Two years later, David Ali contacted NOODLES with an idea, introducing her to Kehlani on the same call. From there, Kehlani needed a DJ for her tour and the rest was history. The bond on and off stage solidified their friendship and the two have performed together ever since.

As a solo act, she’s played festivals, including Bumbershoot, Fvded In The Park, Sol Blume, Wireless, Soulection Experience, and Something In The Water. Her stylish and versatile Hip-Hop and R&B sets have also led to residencies at 1OAK and Jewel Nightclub on the Las Vegas strip. It’s an expanding career that never stops evolving.