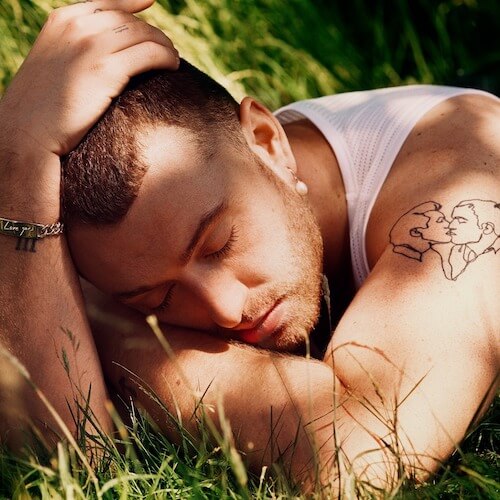 Sam Smith Invites "Blind Balladeer" To Perform In The Philippines

DannieBoi joined an exclusive press conference for Sam Smith and their new album, "Love Goes," where Dannie asked if they would ever let Filipino "Blind Balladeer," Carlmalone Montecido join them on stage if they ever returned to perform in the Philippines like in 2018. Montecido went viral singing Sam’s song, “Too Good at Goodbyes” at a mall in the Philippines to over 8M viewers.

Sam Smith shared & tweeted the video with over 13M+ plays, saying "Who is this kid? You are out of this universe?!?"

Sam's response to having Carlmalone join them on stage via @myxglobal the #1 Philippines app, kumu, was, “100 million percent yes! He’s incredible, a better singer than I am.” Then we turned the tables by asking what their go-to karaoke song is, and Sam gave a surprising answer, “People are going to hate me for this, but I don’t love karaoke. But if I was to sing karaoke, it would be a great one (song) by Tina Turner.”

Sam shares that the last 2 years have been about growth both musically and personally. “It’s been intense, I’ve been growing up. Hangovers have gotten worse…I learned more about relationship and love.” The most important thing they've learned is trying to figure out how not to be insecure and being free, which shows in the music. We can expect to see Sam's wide scope of musical taste as each track tells a separate story and feeling. “It’s not necessarily an album you listen to from start to finish…there’s so much for each song,”

The album marks their first ever relationship and the first time they're understanding what love is. Sam goes on to tell us why the album is called, “Love Goes” which is actually taken from the lyric, ‘that’s how love goes.” Sam didn’t give away too many details, but the track was written in collaboration with Labrinth and described the whole experience as a spiritual one. Sam is excited for people to hear it as it was one of the best writing experiences they had.

Sam Smith gives off energy that is contagious and we are glad they are back with new music. We’ll be sure to have our notifications turned on for October 30 and we can’t wait to hear all the songs on “Love Goes.”