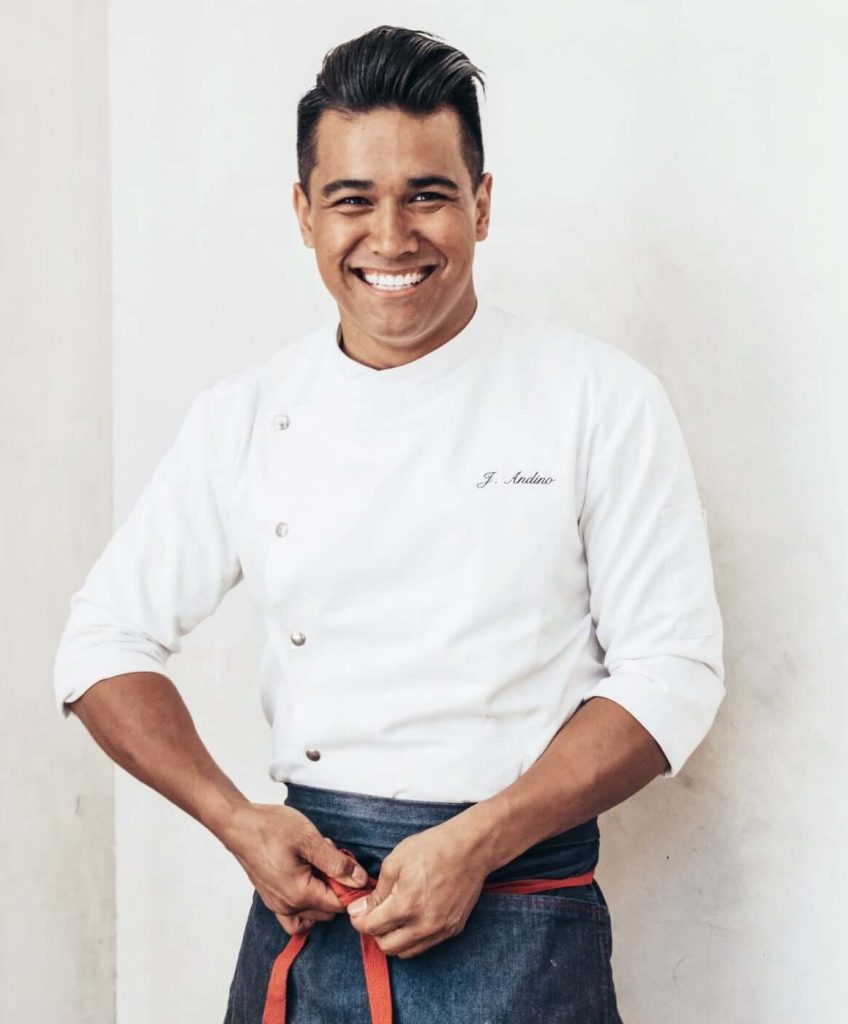 Selena Gomez has been cooking along side chefs in her latest show, Selena + Chef on HBO Max. Season 2 premiers today and features 10 more chefs including Filipino Chef Jordan Andino. He's the Executive Chef at Flip Sigi, a New York Filipino taqueria fusing both Filipino and Mexican flavors. Dishes on the menu include: adobo chicken tacos, adobo-rito and sinigang flip bowl. Chef Andino also is the host of “Late Nite Eats” on the Cooking Channel.

In the season 2 trailer of Selena + Chef, we see Selena cooking adobo and turon, explained as "Asian banana foster." Chef Andino's Lola even makes an appearance critiquing Selena's adobo. She gets the approving, "it's okay" from Lola and is super excited for the feedback.

We can't wait to see the episode and give the recipes a try in our own homes!

ABOUT CHEF JORDAN ANDINO
Born in Toronto, Canada, Jordan Andino began his culinary journey learning from his father at the age of 9. After moving to Manhattan Beach, CA, he traded in his surfboard to work in fine dining kitchens and attended Cornell University’s School of Hotel Administration. Andino has honed his training & experience working at acclaimed restaurants including The French Laundry, Spago, and Jean Georges.

His hospitality skills and clean unique flavors have been an integral part of the opening of his Flip Sigi restaurants. A blend of classic Filipino Cuisine and French technique, Jordan’s cooking is an inspired combination of his grandmother and father. His next passion project will be building on his classic training in a relentless effort to bring a Michelin Star to Filipino Cuisine. - jordanandino.com